Uttarakhand: Bodies of 4 missing mountaineers brought by helicopter to Pithoragarh, operation on

The operation called 'Mission Dare Devil' started on June 13 and within a span on 21 days the seven bodies were recovered. 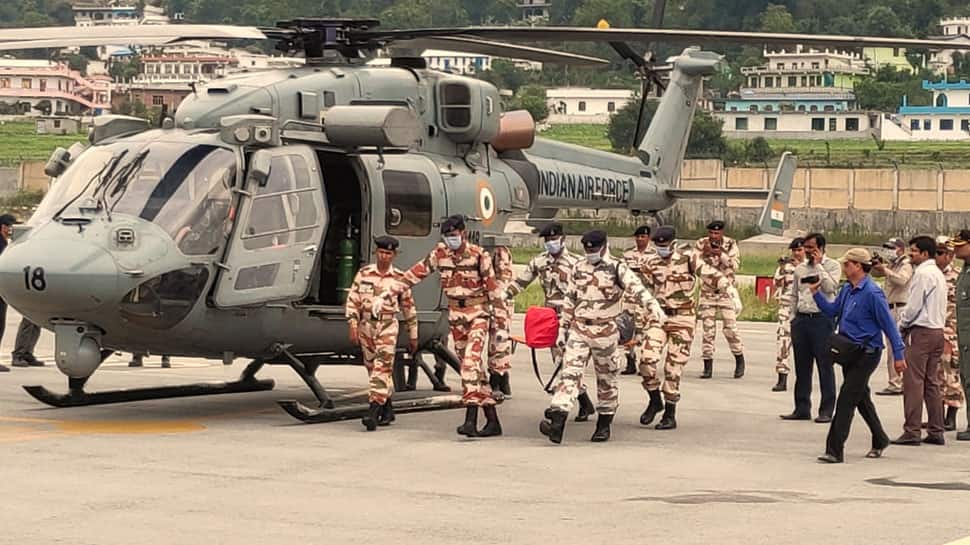 After more than nearly two months, the bodies of the four missing mountaineers were brought by helicopter on Wednesday morning to Pithoragarh Naini Saini Airport in Pithoragarh, Uttarakhand. The operation to bring the rest of the three bodies from the Nanda Devi base camp is currently going on whereas the search for the eighth body is still on. The operation called 'Mission Dare Devil' started on June 13 and within a span on 21 days the seven bodies were recovered.

On May 13, two teams comprising of a total of 12 members had left Munsiyari to scale the 7434-metre-high Nanda Devi East peak in Pithoragarh district of Uttarakhand. One team, comprising of eight members, led by well-known British mountaineer Martin Moran, did not return to the base camp on the appointed date. They went missing since May 23.

After an affidavit, the bodies will be sent to Haldwani for post-mortem.

"Nanda Devi body retrieval mission update: In a never before seen operation, the team of ITBP mountaineers crossing high ridges using special equipment with high altitude mountaineering skills have been successful to carry the 7 bodies to the lower base camps today. All 7 dead bodies of mountaineers successfully taken to ITBP Base camp 1 (15,250 ft) by ITBP mountaineers after 12 hours' operation today. Choppers of IAF will start carrying bodies from this point to Pithoragarh via Munsyari from tomorrow morning if weather permits," said the Indo-Tibetan Border Police (ITBP).

The eight-membered team comprised John McLaren, Richard Payne, Rupert Havel (all from the UK), Ruth Macrain (Australia), Anthony Sudekum (US), Rachel Bimmel (US) and a liaison officer from the Indian Mountaineering Foundation Chetan Pandey. Moran, who led the team, had already scaled the peak twice in the past.
The second team was safely brought back from base camp on June 2. Four climbers from the UK, part of this team, had provided clues on where the others could possibly be at.

The tough weather conditions in the area posed an obstacle for the rescue teams to conduct their operations. It was reported that the team of missing trekkers could have been at an unscaled peak adjoining Nanda Devi East peak and may have fallen victims to a sudden avalanche in the area.

Pithoragarh District Magistrate V K Jogdande had said that due to continuous snowfall in the region the bodies might be covered by snow which would further complicate the challenge for the rescue team.

The route to the peak begins from Munsiyari about 132 km from the district headquarters.