Vendor slapped, beaten by three men for selling biryani in their area in Greater Noida — Watch

The accused are also heard hurling some casteist slurs at the vendor and can be heard asking him, 'how he was selling biryani in their area'. 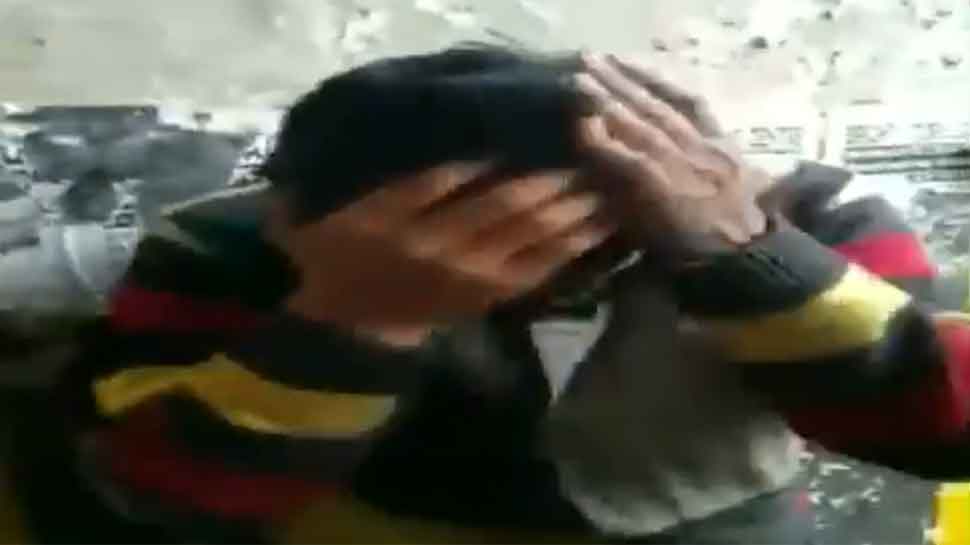 New Delhi: A 43-year-old vendor selling birynani on the street, was thrashed by three men, for allegedly running a stall in their area in Greater Noida's Rabupura area in Uttar Pradesh. In a video that has been shared by news agency ANI, the victim, identified as Lokesh, is seen receiving repeated punches and blow by the accused, whose face doesn't appear. The accused are also heard hurling some casteist slurs at the vendor and can be heard asking him, 'how he was selling biryani in their area'.

#WATCH Greater Noida: A 43-year-old man Lokesh being beaten up by some men, allegedly for selling biryani in Rabupura area. pic.twitter.com/iOfXWuDUiM

According to latest ANI report, the police has taken cognisance of the matter and have registered a complaint against three accused. The police said that the victim was identified and called to the police station for all the details.

Ranvijay Singh, Superintendent of Police, Greater Noida told ANI, "We saw the video yesterday and then the investigation was initiated. The victim called to the station and all the details have been taken from him. We have registered a case against three men. The incident took place in Rabupura area on Saturday. The accused are currently on the run and we will catch hold of them very soon."

A search for the accused is underway.