The Congress president said India is a country of bravehearts and no power in the world can push it backward. 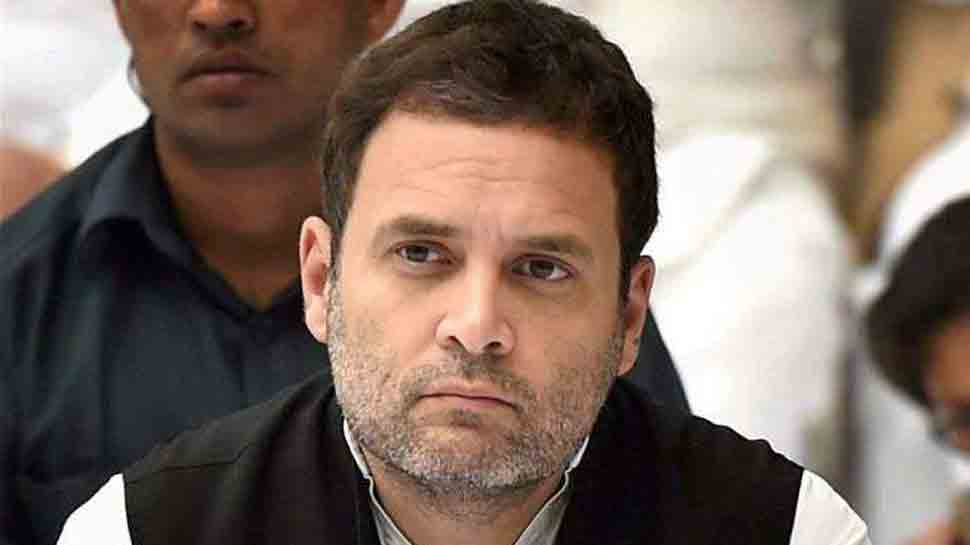 Lucknow: Congress president Rahul Gandhi and his sister and party general secretary Priyanka Gandhi Vadra on Wednesday attended a prayer meeting for a CRPF jawan killed in the Pulwama terror attack and he told the grieving family that they understood their pain as their father had also met the same fate.

"Congress President @RahulGandhi and General Secretary In charge UP East Smt. @priyankagandhi attend the prayer meeting of martyr Amit Kumar Kori and share their grief with the family," the party said in a tweet.

Rahul and Priyanka paid tributes to the slain soldier. They were also seen consoling the members of the bereaved family.

"My sister said that in a way our father (former prime minister Rajiv Gandhi) had also met the same fate. We understand your pain and agony. We are here to sit only for five minutes with you and to tell all of you that we want to share your grief," he added.

The Congress president said India is a country of bravehearts and no power in the world can push it backward.

"From the bottom of our heart and on behalf of the country, I thank you, your son and the entire family," Rahul said.

"The Kudana road in Shamli will be named after Amit, and his statue would also be installed to inspire younger generation," he told PTI.

Later, Rahul and Priyanka paid tributes to another CRPF jawan, Pradeep Kumar, who was also killed in the Pulwama attack, at his residence in Shamli.

Forty CRPF personnel were killed on February 14, when a Jaish-e-Mohammed suicide bomber, in one of the deadliest terror attacks in Jammu and Kashmir, rammed a vehicle carrying over 100 kg of explosives into their bus in Pulwama district.

Among the CRPF personnel killed in the attack, 12 hailed from Uttar Pradesh, including two from Shamli.