Who chose All India Muslim Personal Law Board to represent Muslims? MJ Akbar on triple talaq

MJ Akbar clarified in the House that the law is not against talaq but against the practice of instant talaq. 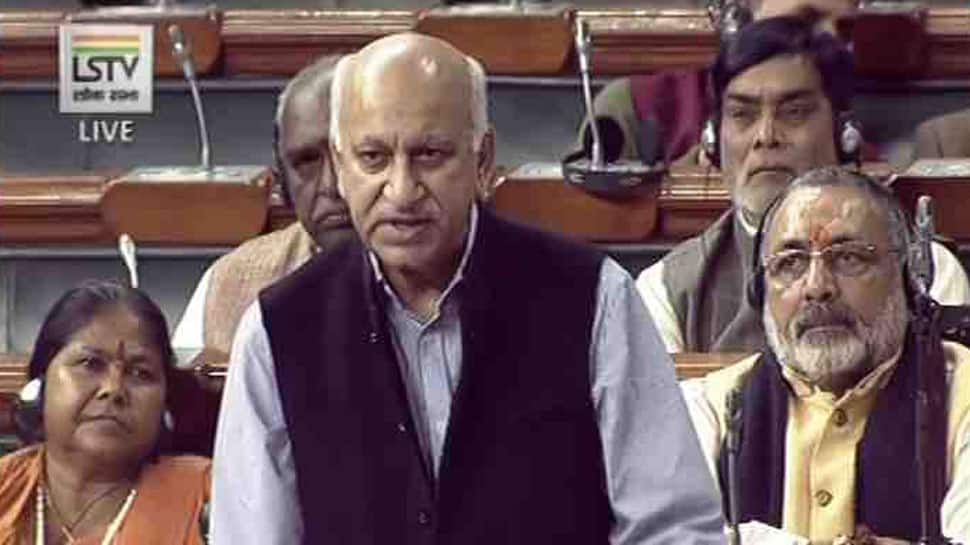 NEW DELHI: Minister of State for External Affairs MJ Akbar on Thursday lashed out at the All India Muslim Personal Law Board for opposing the triple talaq bill asking who gave the board any right to represent Muslims.

"What is the credibility of All India Muslim Personal Law Board? Who chose them to be community representatives," MJ Akbar asked during a discussion on the triple talaq bill in Lok Sabha.

Backing the bill, he said that the law is not against talaq but against instant talaq. "The spirit of Quran conveys that not only give women their right but more than that," he said.

Quoting Quran, he said that it is specifically stated that there will be no atrocities on women in the name of God but even 1400 years later, some 'jaahil' (ignorant) men continue to do so.

The AIMPLB had urged the Centre to withdraw The Muslim Women (Protection of Rights on Marriage) Bill, 2017, which criminalises instant triple talaq. The AIMPLB has been saying that it is "against the welfare of Muslim women at large and it shall harm the interest of Muslim Women and the family."

Dismissing the bill, it has termed it as government's attempt to make political gains. "The Central government`s approach is based on their political interests. They don`t have anything to do with Muslim women; they are only doing it for political gains," Zafaryab Jilani, AIMPLB member had said.

Union Law Minister Ravi Shankar Prasad on Thursday introduced the triple talaq bill in the Lok Sabha, saying that "history was being created" with the legislation.

The law is about justice and respect for women and is not about any religion or community, he said, adding that the practice of instant triple has continued despite the Supreme Court order terming it void.

The proposed law would only be applicable on instant triple talaq or 'talaq-e-biddat' and give power to the victim to approach a magistrate seeking "subsistence allowance" for herself and minor children.

The woman can also seek the custody of her minor children from the magistrate who will take a final call on the issue.

Under the law, instant triple talaq in any form -- spoken, in writing or by electronic means such as email, SMS and WhatsApp -- would be bad or illegal and void.

According to the proposed law which would be applicable to the entire country except Jammu and Kashmir, giving instant talaq would attract a jail term of three years and a fine. It would be a non-bailable offence.