The US space agency also said that it looks forward to working with ISRO to explore the solar system together. 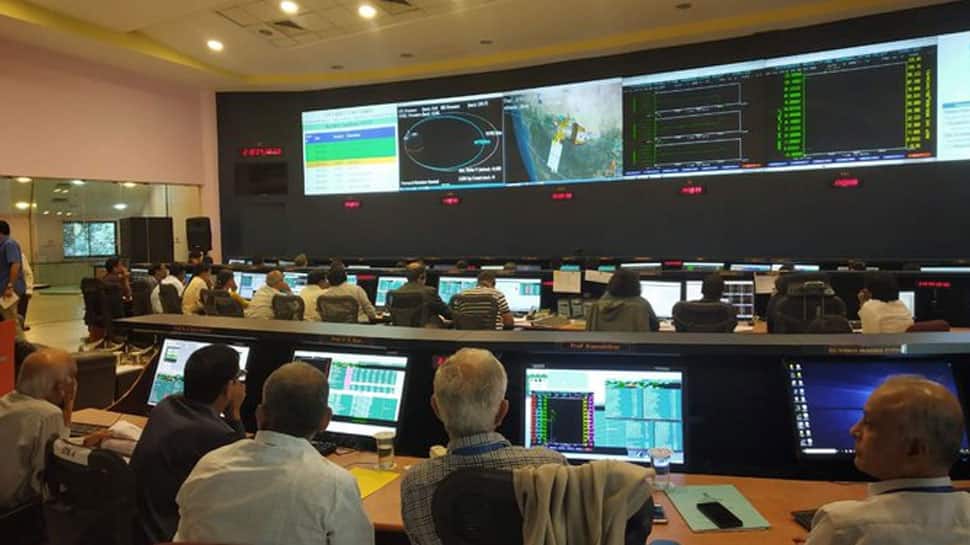 Washington DC: The US space agency NASA on Saturday commended Indian Space Research Organisation (ISRO`s) attempt to place 'Vikram' lander of Chandrayaan-2 mission on the Moon`s South Pole and said it was inspired with the Indian space agency`s journey.

The US space agency also said that it looks forward to working with ISRO to explore the solar system together.

"Space is hard. We commend ISRO`s attempt to land their #Chandrayaan2 mission on the Moon's South Pole. You have inspired us with your journey and we look forward to future opportunities to explore our solar system together," NASA said in a tweet.

Space is hard. We commend @ISRO’s attempt to land their #Chandrayaan2 mission on the Moon’s South Pole. You have inspired us with your journey and look forward to future opportunities to explore our solar system together. https://t.co/pKzzo9FDLL

The communication with Vikram lander was lost in the wee hours of Saturday, moments before its planned landing on the south pole region of the Moon.

ISRO chairman K Sivan announced that communication with the lander was lost at 2.1 km from the lunar surface. Sivan also said that the space agency will continue trying to establish link with the lost Vikram lander for the next 14 days.

He further added that the estimated life of the Chandrayaan-2 Orbiter is now seven years instead of one year.

"The last portion was not executed the right way, in that phase only we lost the link with the Lander, and could not establish communication subsequently. Right now the communication is lost. We will try to establish a link for the next 14 days," Sivan said in a televised interview to Doordarshan.

After revolving around the Earth`s orbit for nearly 23 days, the spacecraft began its journey to the moon on August 14. The mission took off from the Satish Dhawan Space Centre in Sriharikota on July 22.

In his address to the nation, Prime Minister Narendra Modi hailed ISRO`s scientists saying that they live for the country and irrespective of setbacks, the country`s resolve to reach the moon has strengthened more.

Despite ISRO losing contact with the Vikram lander in the last minutes of its descent, leaders around the world on Saturday exuded confidence in India and its space mission, saying the world would "reckon the major technological advancement" of the Indian space programme.

Bhutan PM Lotay Tshering was the first world leader to hail the development. He took to Twitter lauding ISRO for the courage and hard work on Chandrayaan-2 and said that he had no doubt the space agency would accomplish the lunar mission in the future.

"We are proud of India and its scientists today. Chandrayaan-2 saw some challenges last minute but the courage and hard work you have shown are historical. Knowing Prime Minister @narendramodi, I have no doubt he and his ISRO team will make it happen one day," Tshering wrote on Twitter.

"I wish to congratulate the government of India and the ISRO team for their attempt at landing the Vikram lander and the Pragyaan rover on the lunar South Pole," tweeted Pravind Jugnauth.

"Although it wasn't a successful landing this time, the world would reckon the major technological advancement of Indian Spacial Programme. We look forward to collaborative efforts between Mauritius and ISRO team in the future," he added.

Maldives Foreign Minister Abdulla Shahid also took to Twitter to praise the space mission and Prime Minister Narendra Modi`s vision and said that #Chandrayaan2 has contributed immensely to science and "made all proud".

"Despite the last-minute challenge #VikramLander faced the #Chandrayaan2 has contributed immensely to science and made all proud. Salute the tireless work of scientists @isro, the vision of PM @narendramodi and the determination of the people of #India," Shahid wrote.

Vietnam Deputy Prime Minister Pham Binh Minh also appreciated ISRO`s efforts and said that it was just the beginning of a story.

"#Chandrayaan2: success doesn`t come easy, it`s a long journey with a lot of efforts and it is worth to try. My appreciation to @isro & #India. This is just the beginning of a story," he tweeted.

Despite last-minute challenges, it was a giant step forward towards reaching the ultimate goal next time," tweeted Ministry of Foreign Affair of Bulgaria.

Chandrayaan 2 mission a huge step for India: US diplomat