A total of three terrorists were killed in a joint operation of security forces in Pinglish area of Tral on Sunday. 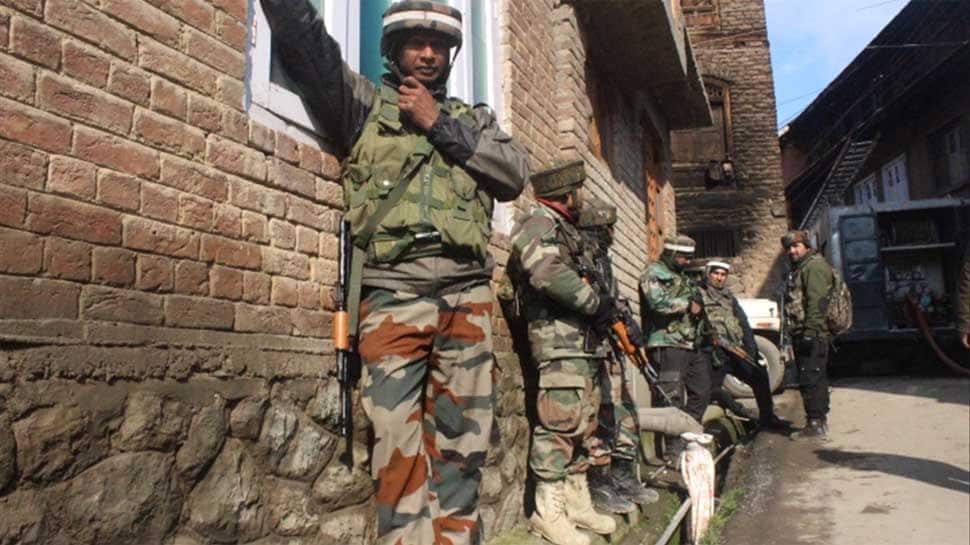 SRINAGAR: Mudasir Ahmed Khan, alias 'Mohd Bhai', one of the masterminds behind the February 14 Pulwama terror attack which claimed the lives of over 40 jawans, is believed to have been killed in Sunday's Tral encounter.

Security officials are yet to confirm this.

A total of three terrorists were killed during a joint operation of the Indian Army, the Central Reserve Police Force (CRPF) and the Jammu and Kashmir Police in Pinglish area of Tral in south Kashmir's Pulwama district on Sunday. The encounter started at around 3:55 pm and continued till 10:30 pm.

The joint security forces launched a search operation following intelligence inputs on the presence of terrorists in the area. During the search operation, terrorists opened fire. The forces retaliated the firing, triggering an encounter, a police official said. Search and combing operations continued on Monday.

Two AK-47 rifles, a pistol and other incriminating material have been recovered from the spot. A case has been registered in the matter.

Twenty-three-year-old Khan, a lesser known Jaish-e-Mohammed terrorist, hails from Mir Mohalla of Tral and worked as an electrician.

According to news agency PTI, Khan pursued a one-year diploma course as electrician from an industrial training institute (ITI) after completing his graduation.

He's believed to have arranged the vehicle and explosives used in the Pulwama terror strike.

Khan joined the Jaish-e-Mohammed in 2017 as an overground worker and was later drawn into the JeM fold by Noor Mohammed Tantrey, alias 'Noor Trali', who is believed to have helped in the revival of the terror outfit in Kashmir Valley. After Tantray was killed in December 2017, Khan disappeared from his home on January 14, 2018 and has been active since then, said news agency PTI.

Intelligence inputs further suggest that Khan was involved in the terror strike at Sunjawan army camp in February 2018 which killed six personnel and a civilian, and January 2018 attack on CRPF camp in Lethpora that left five CRPF personnel dead.

The other two dead terrorists killed in Sunday's Tral encounter are also believed to be affiliated to JeM. Their identities are being ascertained.

Jammu and Kashmir Police have requested citizens not to venture around the encounter zone until the entire area is sanitized.