Al Badr, which is active in Kashmir since 1998, shares a close relationship with Jamaat-e-Islami Jammu and Kashmir. 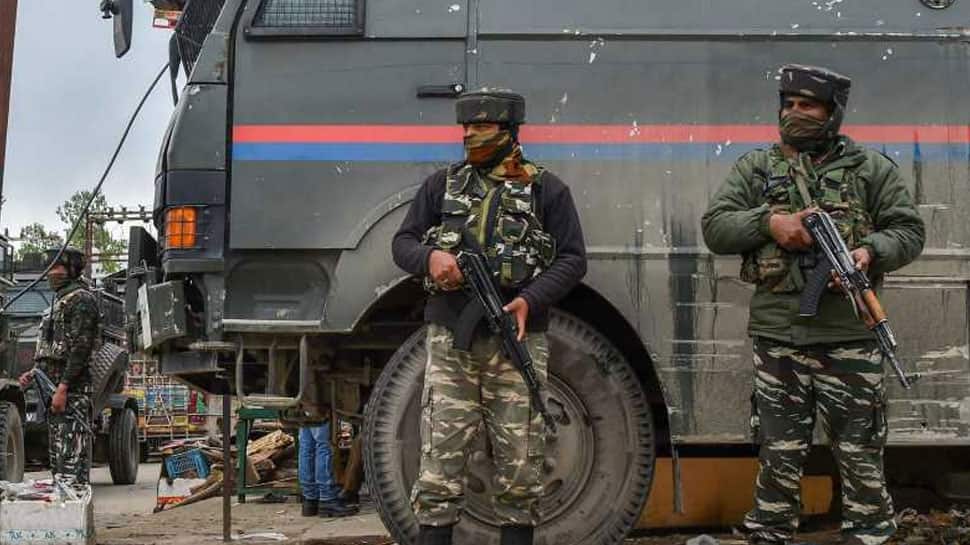 SRINAGAR: Even as India is lobbying hard with the international community to get Maulana Masood Azhar designated as a 'global terrorist' by the United Nations, the intelligence agencies have warned that another terror outfit, Al-Badr, linked to his outfit Jaish-e-Mohammed (JeM) has begun a recruitment drive in Khyber Pakhtunkhwa (KPK), the Pakistani province where the Indian Air Force (IAF) had bombed its biggest training camp.

Al-Badr, which is active in Kashmir since 1998, shares a close relationship with Jamaat-e-Islami Jammu and Kashmir (JeI), which was banned by the Centre for alleged anti-India activities on Thursday.

One of the sister organisations of JeM, Al-Badr has gone in a frantic mode to accommodate Masood Azhar’s old cadres and is recruiting new ones in Dir district of KPK, 400 km from Jaish’s Balakot training facility which was destroyed in the IAF airstrikes on Tuesday.

The recruitment drive, which began on Thursday, was announced by Al-Badr even as Pakistan premier Imran Khan announced in a joint session of Parliament that the captured IAF Wing Commander Abhinandan Varthaman would be released on Friday as a “gesture of peace” towards India.

According to a media report, a video which has surfaced online showed three armed terrorists of Al-Badr inviting people to Dir Chowk to join the outfit in support of the Pakistan Army.

The video was shot and released on Wednesday and a local source in KPK confirmed that the recruitment drive was conducted on Thursday in Dir district.

In the video, an Al-Badr spokesperson, flanked by two others, can be speaking in Pashto, the native language of KPK. Indian intelligence officials, who translated the speech, said the spokesperson praised the Pakistani Army for “giving a befitting reply” to Indian airstrikes in Balakot by capturing an Indian pilot.

“Pakistan Army and Mujahideen are one,” the Al-Badr spokesperson can be heard saying in the video.

The Al Badr spokesperson further claimed that its “mujahideen were hanging out in the mountains of Kashmir and ready to launch terror strikes in India”.

In a big blow to Al Badr, the security forces had killed its top commander Muzaffar Naikoo in January 2017. Naikoo was one of the longest surviving terrorists in the Kashmir Valley.

The revival of Al Badr then started in a big way after top terror commander Zeenat-ul-Islam switched from Lashkar-e-Toiba to Al Badr in 2018 and began recruiting cadres for the outfit.

He had announced joining Al Badr in a video message. However, Zeenat was killed in a brief gunfight in south Kashmir’s Kulgam district on January 12 this year.

The current commander of Al Badr in Valley is Hamza Burhan - a local resident of Ratnipora village in Pulwama district of Kashmir.

Burhan after taking charge had called for a big revival of the outfit in a video message.

Al-Badr Mujahideen had no trace in Kashmir for a decade and signals of its revival were first witnessed in 2018.

The group has been trying to lure youth from other terrorist groups to revive the Al-Badr in the Valley. In 1998, the outfit made its presence felt in Kashmir. Before that, the outfit was engaged in fighting alongside anti-Soviet Mujahideen forces as a part of Gulbuddin Hikmatyar’s Hizb-I-Islami.

Sources in J&K Police say that the outfit is regrouping itself because there is a leadership crisis in other terror groups in the Valley.

At least a dozen terrorists from the group are presently active in the Valley, claim sources.

Intelligence officials believe that the Al-Badr recruitment drive points to an old tactic of the Pakistani Army and ISI of changing the nomenclature of terror groups ahead of any crackdown on the Jaish by the international community.