An encounter is currently underway between terrorists and security forces in Khunmoh village in the outskirts of Srinagar district on Saturday morning. 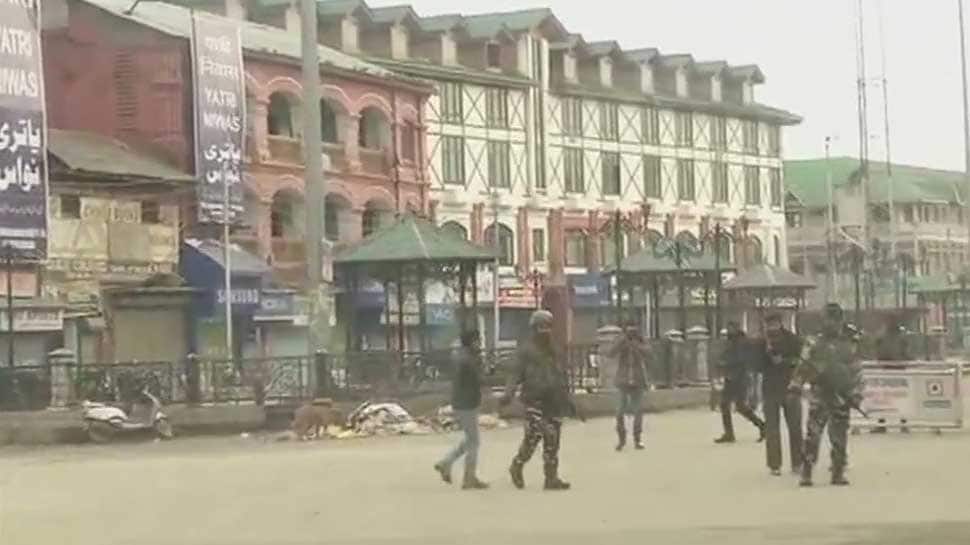 SRINAGAR: Two terrorists, planning to attack during Republic Day celebrations in Jammu and Kashmir, have been neutralised by armed forces. An encounter, which is currently underway, broke out between terrorists and security forces in Khunmoh village in the outskirts of Srinagar district on Saturday morning. One more terrorist is reportedly trapped in the area.

Three security personnel were also injured in the encounter.

Police sources told Zee News that a major tragedy was averted as the terrorist trapped in the encounter were planning to attack security establishments during Republic Day celebrations.

The terrorists were trapped inside a building in the area. The Pampore Police, Army's 50 Rashtriya Rifles and the Central Reserve Police Force are at the spot.

Earlier this week, three Lashkar-e-Taiba militants were killed in an encounter with security forces in Baramulla district of Jammu and Kashmir on Wednesday, police said.

The security forces launched a cordon and search operation in Binner area of the district on receiving information about the presence of militants in the area, a police official said.

He said the search operation turned into a gunfight after the ultras opened fire at the security personnel.