Road to development: Modi government's 50 big decisions in 30 days since abrogation of Article 370 in J&K

As the Centre ushers in a new era in Jammu and Kashmir, here's a look at the top 50 decisions taken by Modi government. 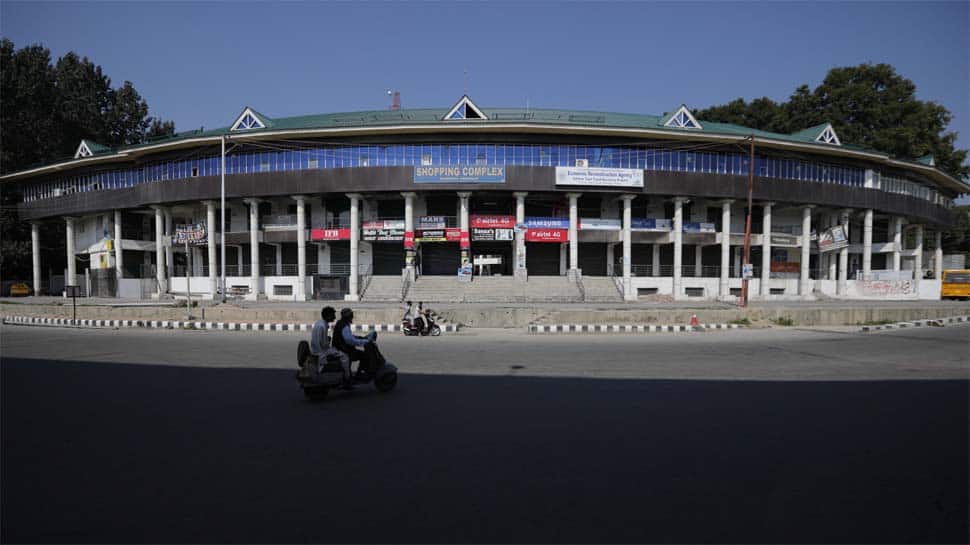 Men ride a scooter past a closed shopping complex during restrictions, after scrapping of the special constitutional status for Kashmir by the Indian government, in Srinagar (Reuters photo)

On 5 August 2019, the Centre abrogated Articles 370 and 35A in Jammu and Kashmir which gave special status to the state and bifurcated it into two Union Territories – Jammu and Kashmir, and Ladakh. A month since the move, the Centre has ushered in a host of reforms and policies aimed at the overall development of newly-formed UTs.

As the Modi government 2.0 completes 100 days in office on Saturday, September 7, here's a quick look at the top 50 decisions taken by the centre since the repealing of the Articles 370 and 35A:

1. The Centre announces Rs 366 crore to 4483 panchayats for the development of gram panchayats.

4. The government has decided to digitally connect 634 gram panchayats and provide Internet.

5. Each district to have two digital villages.

6. Modi government to ensure the mass reach of public welfare schemes via Aadhaar.

7.  All government schemes will be linked to Aadhaar.

9. Rs 8000 crore alloted for development schemes in the region.

12. Construction of Industrial Bio-Technology Parks underway in Kathua and Handwara.

14. Greenlight to survey of the rail link between Baramula to Kupwara.

15. Two big IT parks, set up across 5 lakh sq ft land, to come up in Jammu and Kashmir.

16. Work begins on the target of generating 2500 MW of power in Jammu and Kashmir.

18. Srinagar and other major cities to get cooking gas via pipes.

19. Construction of AIIMS in Awantipora and Vijay Pur underway. PM Modi laid the foundation stone for the same in February 2019.

21. Cancer institute to be built in Srinagar at a cost of Rs 120 crore.

22. Nearly 50,000 homes and satellite towns to be developed in Srinagar and Jammu.

23. Srinagar to get metro rail services, which will be operational from 2024.

27. A total of 66 villages included in the list of Backward Areas.

30. Financial assistance of Rs 1 lakh for meritorious students with disabilities.

33. Juvenile Justice Board and Child Welfare Committee to be constituted in every district of J&K.

37. Mega Investor Summit to be held in Srinagar in November 2019.

42. To promote tourism, Phase 1 of Gulmarg Master Plan 2032 approved. The phase 2 plan will be completed by this year.

43. New tourist places to be developed in Leh and Kargil.

46. Each Panchayat to have a playground.

47. Football tournament to be organised in the UTs.

48. Srinagar and Jammu to get public gyms.

49. One thousand medical officers to be inducted in the UT.

50. Interviews for all Class-4 grade jobs to be ended.