BENGALURU: The Narendra Modi-powered BJP’s emphatic victory in the 2019 Lok Sabha election appears to be having little impact on Karnataka’s Urban Local Body (ULB) elections with Congress emerging as a major gainer in these local body polls in this southern state.

Congress managed to win 90 out of the total 217 seats after the final results of the seven Municipal Councils were declared on Friday.

The BJP came second with 56 seats, while JD(S) won 38. Mayawati's BSP won 2, while independents won 25 seats and others 6 seats.

Counting of votes began on Friday morning under unprecedented security.

ULB elections are generally considered as an indicator of the government's popularity.

Here are the live updates: - 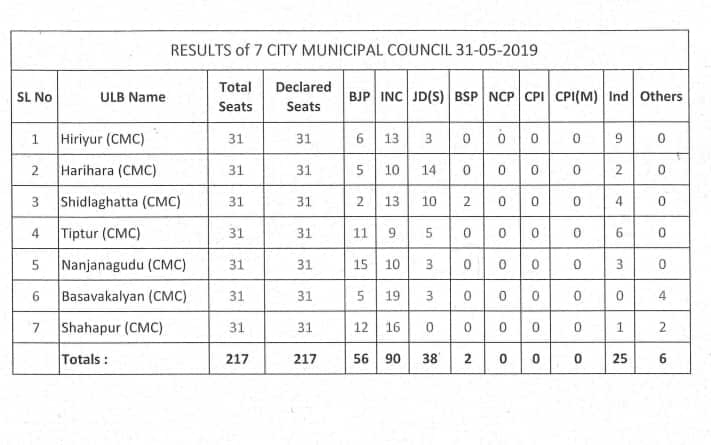 -Check District Wise Results of the ULB polls in Karnataka 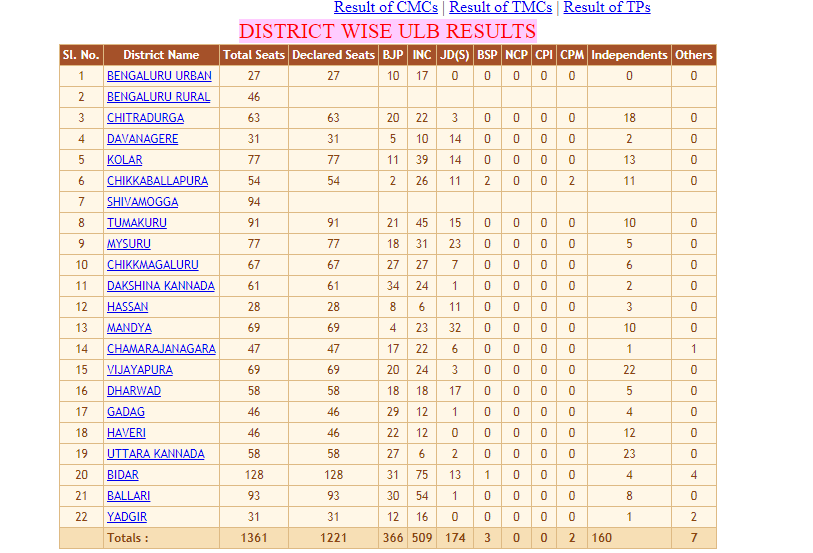 -However, BSY is confident of saffron party's victory in 2019 assembly polls here.

-BJP president BS Yeddyurappa said that the saffron party has performed 'below expectation'.

-Results for two seats, Kalaburagi and Chamrajpet, are still awaited.

-The JDS-Congress coalition is surging ahead, say reports

-Counting for elections to Urban Local Bodies (ULB) across Karnataka is still underway with the Congress and Janata Dal (Secular) hoping to extend their alliance.

-The Congress and the JD(S) contested the polls separately despite being partners in the state government, but they have already declared that they would tie up post-election in urban bodies.