Congress chief Rahul Gandhi on Saturday attacked the Narendra Modi government at the Centre over its notes ban move, GST and rising joblessness in the country. 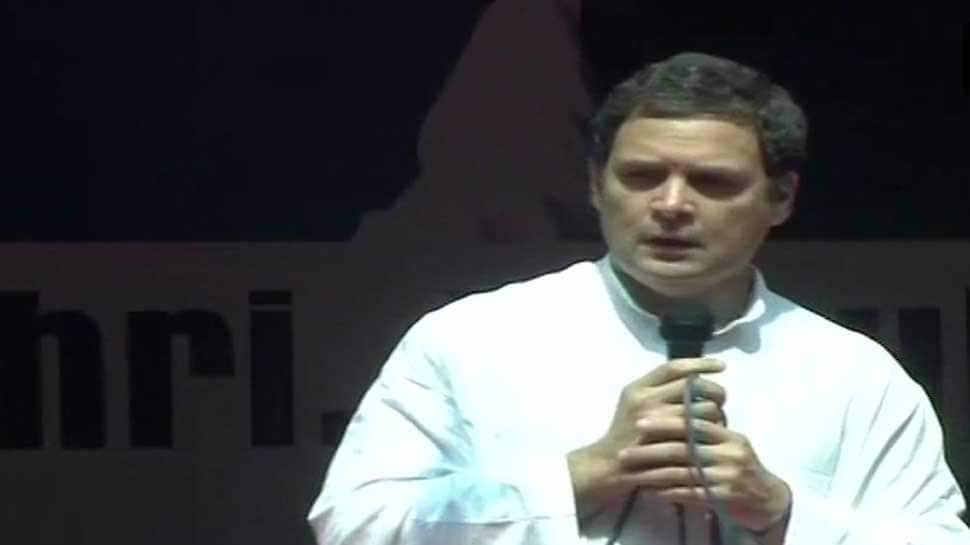 Mysuru: Congress chief Rahul Gandhi on Saturday attacked the Narendra Modi government at the Centre over its notes ban move, GST and rising joblessness in the country.

Rahul Gandhi, while interacting with a group of students at Maharani`s Arts and Commerce College for Women in Mysuru, lamented that the Indian economy was growing but not generating jobs for the citizens.

"We are growing decently as an economy, but we are not creating jobs because those who have skills aren't getting access to finance and support," the Congress chief said.

Rahul Gandhi, who is on a two-day visit to the poll-bound Karnataka's old Mysuru region, made these remarks while taking questions from the students in the 30-minute long interaction.

The young Congress leader had in past too attacked Prime Minister Narendra Modi for not keeping up his promise of delivering 2 crore jobs a year.

This is Rahul Gandhi`s fourth visit to Karnataka since February.

''Huge amount of money was going into the hands of very few people in the country,'' he remarked.

Referring to the recent PNB scam, Rahul said, ''(Diamond jeweller) Nirav Modi has absconded with crores of people's money. Can you imagine how many businesses could have been built by young women like you all if you had access to that kind of money."

Responding to a student's question on what he thought of high-value currency note ban in November 2016, Rahul Gandhi said it was a "disaster".

"Demonetisation and Goods and Services Tax (GST) were very badly conceived and damaging steps for the country. (Former Finance Minister) P. Chidambaram said the step was insane," the 47-year-old recalled.

''One person experimenting with the nation was dangerous,'' he added.

"Congress believes that in a country of the size of India, one cannot do experiments. Ideas need to be tested on a small scale and then rolled out," Rahul said.

''No economist in the world would admit that demonetisation did any good to the Indian economy,'' he asserted.

Earlier in the day, he visited the popular Chamundeshwari Temple along with Chief Minister Siddaramaiah, party state unit president G Parameshwara and other senior leaders to pray for the ruling party's success in the Assembly polls due in April-May.

The Congress leader is scheduled to hold public meetings and interactions with party cadres and people in Mysuru, Mandya and Chamrajnagar districts.