No blast in Kashmir when Deve Gowda was PM: HD Kumaraswamy hits back at Modi 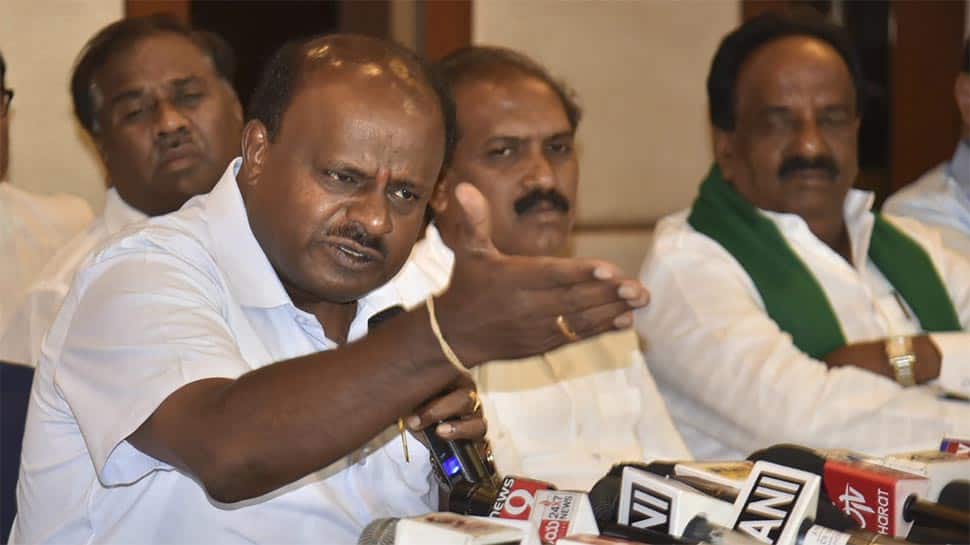 “PM Modi says I’m not patriotic. I don’t need to learn patriotism from Modi. When Deve Gowda was PM there wasn’t a single blast in Kashmir. That’s our heritage. So don’t brand me, you have no right,” he said.

"Around 78 lakhs (rupees) was recovered from one BJP leader in Karwar. Where did this money come from?" he asked.

"Now tell me, Where is Congress and the JD(S) vote bank? Is it in Bagalkot or Balakot? This Congress-JD(S) has to decide," the prime minister said.

At his Chikkodi rally, Modi said, "your vote will decide whether those chanting Bharat Mata ki jai will be respected or tukde tukde will come amidst you and chant slogans about Bharat ke barbadi.”

Out of 28 Lok Sabha seats in Karnataka, 14 constituencies went to polls in the second phase of general elections on April 18. The remaining 14 seats will go to polls in the third phase on April 23. Counting of votes will take place on May 23.