Supreme Court ruling on Karnataka: What it implies – top points

BJP leader BS Yeddyurappa will take oath as Karnataka CM today morning after the Supreme Court in a late night-early morning hearing on Thursday declined to order a stay on his swearing-in ceremony. Here are the top developments. 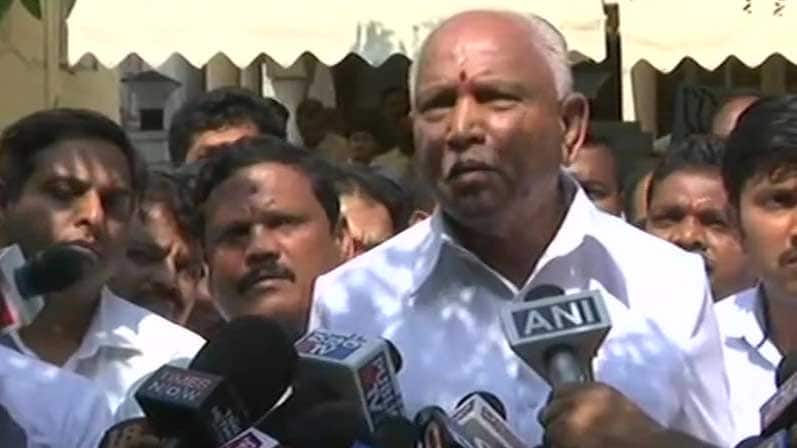 NEW DELHI: Bharatiya Janata Party (BJP) leader BS Yeddyurappa will take oath as Karnataka Chief Minister today morning after the Supreme Court in a late night-early morning hearing on Thursday declined to order a stay on his swearing-in ceremony. The apex court took up the joint petition by the Congress- Janata Dal-Secular alliance at around 1:45 am on Thursday and it was only the second time in its history that the SC had opened its doors for a hearing.

Here are the top developments on Karnataka:-

-Three judges of the Supreme Court heard the petition in an unprecedented late-night hearing on Thursday but refused to stay the oath-taking ceremony.

-In its order, the apex court said that the Governor's decision cannot be overruled since it is a constitutional authority.

-The apex court ruling implies that BJP leader BS Yeddyurappa will take oath as Karnataka Chief Minister at 9 am today, as scheduled.

-The apex court also made it clear that the swearing-in and the government formation would be subject to the final outcome of the case before it.

-After hearing the matter for more than three hours beginning 2.11 am, a three-judge bench, comprising justices AK Sikri, SA Bobde and Ashok Bhushan, directed that the letter sent by the BJP to the Governor for forming the government be placed before it.

-The bench posted the matter for further hearing on Friday morning, saying it will peruse the letter as it was necessary to decide the matter.

-It also issued notices to the Karnataka government and Yeddyurappa.

-The apex court ruling implies that the legal tussle over Karnataka is still not over and the matter is still in the court of law.

-BSY's party BJP was earlier invited to form the government by Governor and given 15 days to prove majority by the governor on Wednesday evening.

-The Congress and the JDS, which formed a hurriedly stitched post-poll alliance after a hung assembly verdict to claim a majority of 116 members in the new assembly, called the Governor`s decision "unconstitutional".

-The Congress later the Supreme Court and argued that the swearing-in ceremony be stopped.

-The BJP has 105 lawmakers, including an Independent, in the 225-seat assembly and is seven short of a majority.

-The BJP contends that it should be allowed to form the government as it is the single largest party.

-The Congress disputes the claim, citing the precedent set by the BJP in Goa and Manipur last year. In both states, the Congress emerged as the single largest party but the BJP cobbled up alliances and was invited to form the government.

-Earlier on Wednesday evening, the Governor met a delegation of the Congress and JD(S) leaders, which also staked claim to form a government, claiming they have a majority.

-The poling Karnataka was held on May 12 for 222 seats and one member of the assembly is nominated from the Anglo-Indian community.