A vote for Modi is a vote for Pakistan: Congress on Imran Khan's remarks 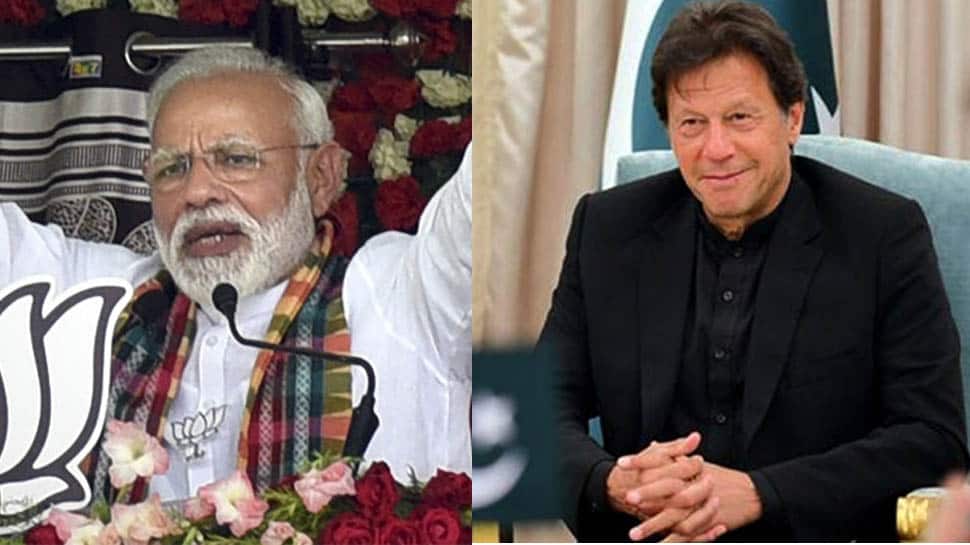 New Delhi: The Congress and other opposition parties said on Wednesday that a vote for Prime Minister Narendra Modi is a vote for Pakistan as they seized on Imran Khan's remarks that there may be a better chance of Indo-Pak peace talks and settling of the Kashmir issue if the BJP is voted back to power.

During an interaction with a small group of foreign journalists in Islamabad, Khan had said he believes there may be a better chance of peace talks with India and settling the Kashmir issue if Modi's party BJP wins the general elections. Khan said other parties would be afraid of the right-wing backlash in case of a settlement on the Kashmir issue.

Congress's chief spokesperson Randeep Surjewala launched a blistering attack on Modi over Khan's comments. "Pak has officially allied with Modi! A vote for Modi is a vote for Pakistan!" Surjewala tweeted.

"Modi ji, first there was love for Nawaz Sharif and now Imran Khan is your dear friend," he added in a tweet in Hindi. The truth is out in the open, Surjewala claimed.

PM Modi has been accusing the Congress of being supportive of Pakistan's narrative following the Balakot air strikes. He has also slammed opposition leaders for asking questions on the strike, saying such statements were helping Pakistan.

CPI(M) General Secretary Sitaram Yechury lashed out at Prime Minister Modi over Khan's remarks, saying now it was known who Pakistan wants as PM. "Pakistan has been the only issue of Modi's election campaign, where he has scurrilously tried to link it to the opposition. Now we know who Pakistan actually wants as PM, the only Indian PM to have invited ISI to a military base, and the only one who went to Pakistan uninvited," he said.

"We have serious concerns about foreign governments influencing our democratic election process. Last year, it was reported that ISI wants Modi as PM. Now Pakistani PM says it," Yechury said.

"Why does Pakistan want Modi ji to win. Modi ji should tell the country how deep are his relations with Pakistan. All Indians should know that if Modi wins, crackers will be burst in Pakistan.