Asked about AAP's possible alliance partners, Kejriwal said, "We are not in talks with Congress for alliance". 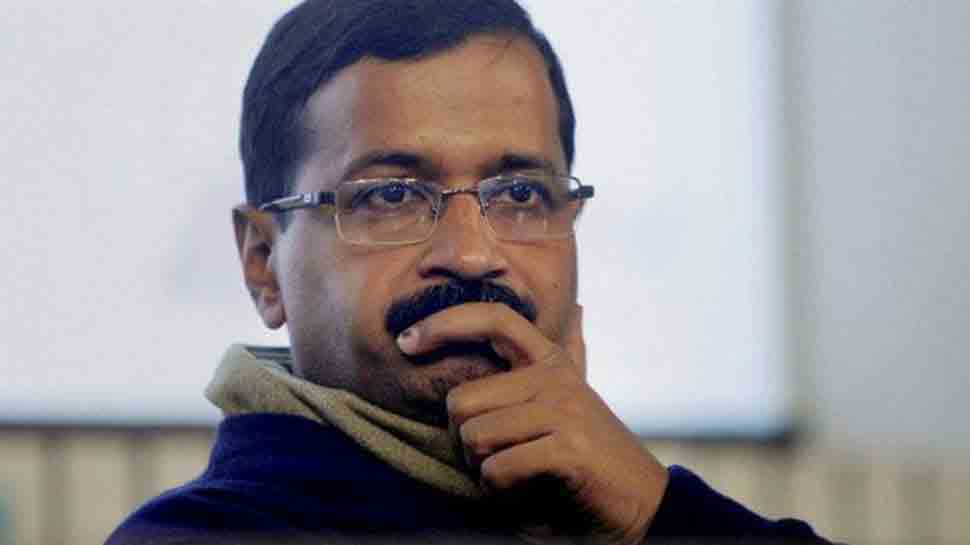 New Delhi: Chief Minister Arvind Kejriwal on Tuesday asserted his party will win all seven Lok Sabha constituencies in Delhi "on its own", a day after AICC president Rahul Gandhi asked Congress workers to ensure victory on the seats.

Asked about AAP's possible alliance partners, Kejriwal said, "We are not in talks with Congress for alliance".

Kejriwal's statement has come after Gandhi on Monday addressed Delhi Congress booth workers and asked them to ensure the party's victory on all Lok Sabha seats in Delhi.

"I am saying very responsibly that AAP is going to win all seven parliamentary seats in Delhi on its own," he said, adding he had no communication with the Congress and he knows as much as the media knows.

"We are hearing statements from Congress that it would not enter into alliance with AAP. But according to our internal surveys, AAP will be winning with a heavy majority on all seven seats and there are four reasons for it," he said.

Listing out the reasons, Kejriwal said firstly, it is because of the work done by the Delhi government. Secondly, people in Delhi are "very eager" to see Delhi get full statehood and they can see that AAP is serious about it, he said.

Thirdly, according to AAP's survey, 56 per cent of the people believe that the conduct of BJP in the conflict between India and Pakistan has portrayed the party in a "negative" light, he said.

"The fourth reason is how the Congress did not put the country first and refused to form an alliance. Therefore, Hindus were anyway not going to vote for Congress. Muslims had some doubts but now even they have come in favour of AAP," he said.

Kejriwal said his party has no indication from the Congress on forming alliance.

Asserting that the upcoming polls in Delhi will be fought on the issue of full statehood, Kejriwal criticised Prime Minister Modi for not fulfilling this promise mentioned in BJP's 2014 manifesto.

"It amounts to cheating. They [BJP] should come clean," Kejriwal said.

"The ongoing general elections are also a part of the mass movement for full statehood for Delhi.

"BJP had no intention of giving Delhi full statehood. Prime Minister Modi needs to give an explanation as to why he did not fulfil his promise," the chief minister said, adding that his party plans to go full throttle over this issue in the coming days.

Kejriwal claimed that both Congress and BJP are against granting full statehood to Delhi.

Addressing the media from AAP's new headquarters at ITO, Kejriwal said his party will fight the Lok Sabha election on the issue of full statehood as the national capital has been suffering without it.

The ruling AAP has declared names of candidates on six of the seven seats.

A senior AAP leader said the name of the seventh candidate for West Delhi seat would be announced only after BJP and Congress declare the names of their candidates for Delhi.

The party launched its mega poll campaign, centred around full statehood for Delhi, on Sunday.

Party volunteers will also distribute Kejriwal's letter to doorsteps of the voters during the campaign. The letter will elaborate the benefits Delhiites will have if full statehood is granted.
Elections to the seven Lok Sabha seats in Delhi will be held on May 12.

The chief minister said once Delhi attains full statehood, AAP will ensure that women can roam freely even at night, adding that his party will also provide 85-per cent reservation in jobs and colleges.

Kejriwal also referred to the sealing of shops which took place earlier this year and said, the party would have halted sealing within five minutes.

"We would have regularised contractual employees," he said.