The war of words started minutes after PM Modi announced that DRDO scientists have successfully test-fired ballistic missile defence system by shooting down a satellite in the Low Earth Orbit (LEO). 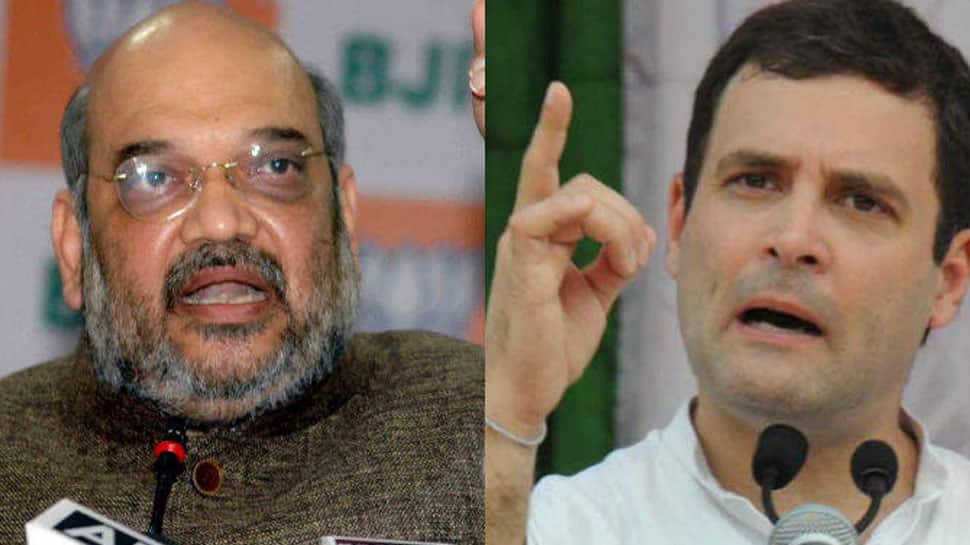 The BJP president retweeted Gandhi’s post and wrote, “Thus speaks the inheritor of the dynasty that thinks - All the nation’s a stage! For them: Sacrifices of soldiers – drama, Success of scientists – drama, Masquerading as leaders, all that ‘The Dynasty’ has done is to plunder, weaken and ruin the nation.”

Minutes after PM Modi's address, the Congress president had said, “Well done DRDO, extremely proud of your work. I would also like to wish the PM a very happy World Theatre Day.”

Responding to Opposition’s criticism, Shah tweeted, “The Anti-Satellite (ASAT) Missile was successfully tested in space but it seems a few people on Earth have also got hurt. After spending a lifetime of humiliating our soldiers, Leaders of the Opposition have expanded their influence to ridiculing our scientists.”

The war of words between the BJP and opposition parties started minutes after PM Modi announced that DRDO scientists have successfully test-fired ballistic missile defence system by shooting down a satellite in the Low Earth Orbit (LEO). He added that with the success of Mission Shakti, India entered the elite club of four nations which are capable of hitting a live target in space. Till now, only the US, Russia and China had this capability.

The Congress said the DRDO scientists succeeded in achieving this milestone due to the futuristic vision of former prime ministers Jawaharlal Nehru and Indira Gandhi. The Congress stressed that even former DRDO chief Dr VK Saraswat had admitted that India possessed the capability of developing an A-SAT during UPA regime itself.

Shah replied to this  by saying, “The truth is, our proficient scientists always had the talent and capability, all that was needed was the go ahead from the government. UPA did not have the courage to back its institutions and people, NDA under PM Modi has shown the conviction to do so.”