Amethi and Raebareli are the only two seats in Uttar Pradesh where the BJP and Congress are locked in a direct fight. 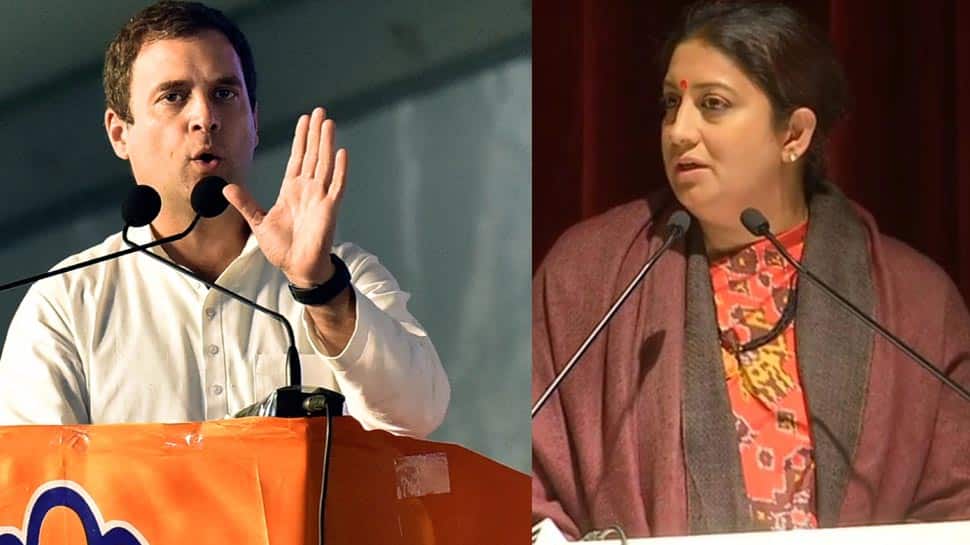 Out of the 51 constituencies across 7 states going to vote in the fifth phase of Lok Sabha election on May 6, Amethi is perhaps the most talked about and high-profile seat. Amethi and Raebareli are the only two seats in Uttar Pradesh where the Bharatiya Janata Party (BJP) and Congress are locked in a direct fight.

Both the seats have been Congress strongholds for several Lok Sabha elections. Congress chief Rahul Gandhi will contest for the fourth time from Amethi against BJP leader Smriti Irani while UPA chief Sonia Gandhi will be contesting from the Raebareli seat.

However, the wind in Amethi this election is not blowing all the way towards the Congress chief and even he seems to have guessed it now.

Despite losing to Rahul in 2014 by a huge margin in Amethi, Irani has been very active for the last five years in the constituency thus making this election a tough battle for the Congress chief.

While Rahul toured the entire nation ignoring his constituency, Irani snatched the opportunity and introduced several welfare schemes for the people in the area. In several Amethi villages, Irani claims to have constructed toilets, homes under the Pradhan Mantri Awas Yojna (PMAY) and made solar lights available to the people.

Irani has also tried to make a dent in the traditional Congress vote bank. Generally, the votes of the Brahmins are cast for the Gandhi family but this election the mood of the community is not so clear.

The electoral mood in Amethi speaks volumes about Rahul's decision to contest from Kerala's Wayanad seat. In the last 15 days, Zee News travelled to the interiors of villages in Amethi and the people have questions on their mind asking if Rahul is indeed losing from Amethi. The decision of Rahul to contest from Wayanad seems to have put the Congress on the back foot in Amethi.

The people ask if they had not given enough love to him or if his trust no longer lies in the people and so he is running to Wayanad. On the other hand, 'Modi magic' seems to be gripping Amethi thus helping Irani mount a stronger challenge in the seat.

However, one also has to consider the strongest point of Rahul which is that he is a member of the Gandhi-Nehru family. The ambience in Amethi also has love and respect for the Gandhi family.

After speaking to the people the important aspect that they highlighted is "if our ancestors voted for them, then why should we not go with Rahul Gandhi?" They opine that Amethi is known only because of the Gandhi family. This indicates that the traditional vote bank of the Congress still stands strong with Rahul Gandhi.

In addition to this, Congress general secretary Priyanka Gandhi Vadra has also held rallies in Amethi. From the booth workers to the voters, she has campaigned for her family highlighting the development works. There is still a wave of sympathy for the Gandhi family.

The strategy of both the BJP and Congress in Amethi focusses on the Gram Pradhan and Block Development Committee (BDC) members. Both the parties are trying to get the village heads on their sides.

The BJP has set up an army of its workers in Amethi, including Sanjeev Baliyan and several other ministers in the Uttar Pradesh government. BJP president Amit Shah on Saturday held a rally in Amethi campaigning for Smriti Irani.

From the Congress, Priyanka is holding the rein in Amethi. The chief ministers of the Congress-ruled states have also visited Amethi.

Only May 23 will reveal if Amethi stays with Rahul Gandhi or Smriti Irani will have the last laugh.