Vaghela has been campaigning with an aim to removal the BJP-led government at the Centre in 2019. 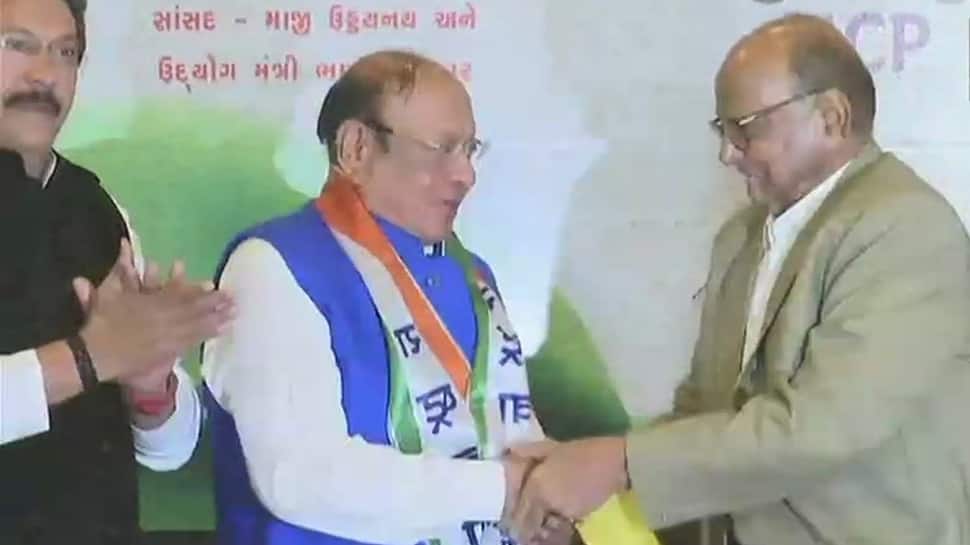 AHMEDABAD: In a big boost for the Nationalist Congress Party (NCP), former Gujarat Chief Minister Shankersinh Vaghela on Tuesday joins the party in the presence of party chief Sharad Pawar.

Vaghela had quit Congress before the 2017 state assembly polls after he and a few MLAs who supported him voted against Congress candidate for the Rajya Sabha, Ahmed Patel and backed BJP nominee Balwantsinh Rajput.

Vaghela had then put up independent candidates in the assembly elections in December 2017 where all his candidates lost the elections.

Vaghela has also been campaigning across Delhi and other states raising demands for the removal of the BJP-led government at the Centre in 2019.

The Congress and the NCP had fought 2017 elections separately where NCP was able to win just one seat in the 182-member assembly. If both parties yet again fail to reach a seat-sharing agreement for the Lok Sabha election, Vaghela and his supporters may contest as NCP candidates. The state has 26 Lok Sabha seats and all of them were won by the BJP in the 2014 general elections.

A prominent OBC leader, Vaghela started his political career with the BJP. After the party came to power in 1995 in Gujarat and decided to make Keshubhai Patel chief minister instead of him, Vaghela engineered a split in the saffron outfit and became the CM in 1996 with outside support of the Congress. Later, he joined the Congress and served as Textile Minister in the Manmohan Singh government.

He also served as Congress state unit president and Leader of Opposition in the Gujarat assembly.