The BJP is contesting Sheohar, Purvi Champaran, Maharajganj and Pashchimi Champaran while Lok Janshakti Party (LJP) is contesting from Vaishali, a seat it had won last time. 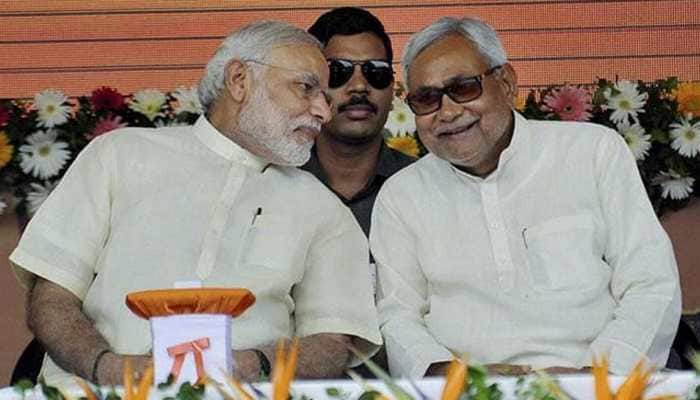 NEW DELHI: The National Democratic Alliance (NDA) will look to defend its turf in the 6th phase of polling in Bihar on May 12 as the Bharatiya Janata Party-led coalition had won all the eight seats going to the polls in this penultimate round of Lok Sabha elections.

There is a slight twist in the tale as the BJP has given up three of the seats it had won in 2014 to its partner Janata Dal (United) which had contested separately last time. JD(U) is contesting Gopalganj, Valmiki Nagar and Siwan seats where BJP candidates had won.

The BJP is contesting Sheohar, Purvi Champaran, Maharajganj and Pashchimi Champaran while Lok Janshakti Party (LJP) is contesting from Vaishali, a seat it had won last time.

The 6th phase will see some of the big names of Bihar politics battling it out. Rashtirya Janata Dal (RJD) leader Raghuvansh Prasad Singh is looking to wrest back Vaishali from LJP. He is facing Veena Devi, wife of influential JD(U) MLC Dinesh Singh who has been RJD leader`s former aide. Raghuvansh Prasad Singh ahd lost to Ram Kishore Singh of LJP in 2014.

Five-time MP and Union minister Radha Mohan Singh of the BJP is looking for another term from Purvi Champaran, a seat he had won last time by over 2 lakh margin defeating Binod Kumar Srivastava of RJD. This time, he is facing a challenge from Aakash Kumar Singh of RLSP, a former NDA partner.

All eyes are also on Siwan where two "dons" have fielded their wife. RJD candidate Hena Shahab is wife of four-time MP and controversial leader Mohammad Shahabuddin. She is facing Kavita Singh of JD (U) who is wife of Ajay Singh considered Shahabuddin`s arch rival. Hena Shahabd had lost to Om Prakash Yadav of BJP in 2014.

BJP`s stronghold Gopalganj this time is being contested by JD(U). BJP`s Janak Ram had won the seat in 2014 winning 52.99 per cent votes. But this time, JD(U) has fielded Dr. Alok Kumar Suman who is facing a challenge from Surendra Ram alias Mahant of RJD. The constituency has a mix of Yadav, Muslim, Brhamin, Vaishya, Kurmi, Kushwaha and Mahadalit voters.

The Sheohar seat was in the limelight because of internal feud between Lalu Prasad`s sons Tejashvi and Tej Pratap. Tej Pratap was not in favour of RJD`s nomineed Syed Faisal Ali, a former journalist. He is facing Rama Devi of BJP who is also the sitting MP. She had won 44.19 per cent votes last time.

Valmiki Nagar is the only seat where Congress is in the fray. The party has fielded Shashwat Kedar, grandson of former chief minister Kedar Pandey. He is facing Vidyanath Prasad Mahto of JD (U). The Congress had lost the seat in 2014 when its candidate Purnmasi Ram was defeated by Satish Chandra Dubey of BJP.