From Amethi, the BJP has once again fielded Smriti Irani against Congress president Rahul Gandhi. 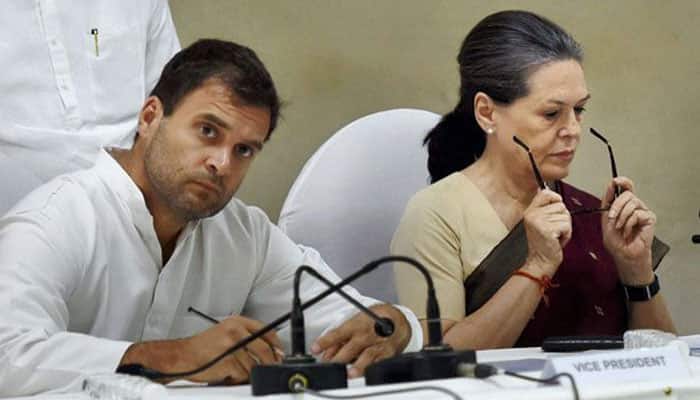 It seems that BJP has prepared a foolproof plan to defeat Congress in its bastion of Amethi and Raebareli - widely considered as pocketboroughs of Nehru-Gandhi family.

But this time the BJP has made up its mind to not allow Congress to win from these two seats easily and this the reason why the party is using all its might to snatch away Amethi and Raebareli from the grand old party.

From Amethi, the BJP has once again fielded Smriti Irani against Congress president Rahul Gandhi. In 2014 too, Smriti had contested against Rahul from Amethi but the Congress leader had defeated her by a margin of over 1 lakh votes.

In Raebareli, the  BJP has given ticket to former Congress leader Dinesh Singh and the saffron party is hopeful that Singh would emerge as a giant-killer by defeating former Congress president Sonia Gandhi.

BJP president Amit Shah will hold a roadshow in Amethi on May 4 to garner support for Smriti Irani. In Amethi, the BJP has asked its senior leader Sanjeev Baliyan to look after the election management, while Union Minister Mahesh Sharma has been tasked with same responsibility in Rae Bareli.

In Raebareli, BJP has decided to hold a roadshow of actor-turned-politician Sunny Deol on May 4.  Several senior BJP leaders are set to arrive in Amethi and Raebareli and in the next two days to campaign for Irani and Singh. The BJP leaders are also meeting Village Heads, Block Head and members of panchayats in order to earn their support.

Political experts maintain that the BJP is trying to dent the vote bank of Samajwadi Party (SP) and Bahujan Samaj Party (BSP). The SP-BSP alliance has not fielded their candidates from these two seats and in this scenario the BJP is hopeful of getting support from voters of these parties.

In Amethi, Smriti Irani and other BJP leaders are repeatedly attacking Rahul Gandhi for deciding to contest from Wayanad in Kerala, besides Amethi.  The BJP is claiming that Rahul is aware of his defeat from Amethi and this is the reason why he has decided to contest from the second seat.

In Rae Bareli, the BJP is not targeting Sonia Gandhi directly, rather the party is trying to prove to the voters that Congress has won 19 out of 16 elections from this parliamentary constituency but Rae Bareli is yet to witness any development.

The polling in Amethi and Rae Bareli is scheduled to take place in the fifth phase on May 6.