With less than a week to go for the first phase of Lok Sabha election 2019, the Bharatiya Janata Party (BJP) is likely to release its election manifesto on Sunday, April 7. 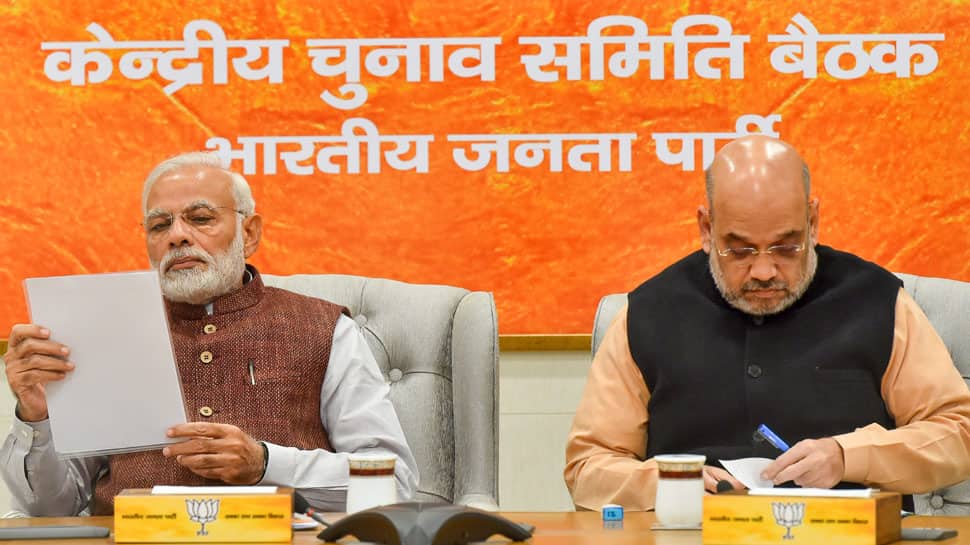 NEW DELHI: With less than a week to go for the first phase of Lok Sabha election 2019, the Bharatiya Janata Party (BJP) is likely to release its election manifesto on Sunday, April 7.

In 2014, BJP had released its manifesto 'Sankalp Patra' on April 7 – the first day of the nine-phased Lok Sabha poll. However, this time the Election Commission directed that no party can release its manifesto within 48 hours of polling.

The Congress released its manifesto on Tuesday, making a slew of poll promises including bringing NYAY (Nyuntam Aay Yojana) with aims to provide Rs 72,000 a year to the poorest 20 per cent families in India and eliminate abject poverty by 2030. It also focuses on the single slab Goods and Services Tax (GST), social and economic issues and employement, among others.

Samajwadi Party chief Akhilesh Yadav mocked the BJP on Thursday, asking if it the manifesto will be released after the seven-phased polls.

"Vikas puch raha hai...Pradhanji ka acche din wala ghoshna patra kya chunav baad ayega? Is baar toh BJP wale ek-dusre se bhi nahi keh pa rahe 'acche din aane wale hain' toh janata se kya kahenge? ('Vikas' is asking if the prime minister's manifesto of 'achhe din' will come after the polls? This time even the BJP supporters are not able to say among themselves that 'acche din' is coming, so how will they say this to people?)" Akhilesh said in a tweet.