"Deve Gowda will be advisor to the government and will take care of the interests of the country," Kumaraswamy said. 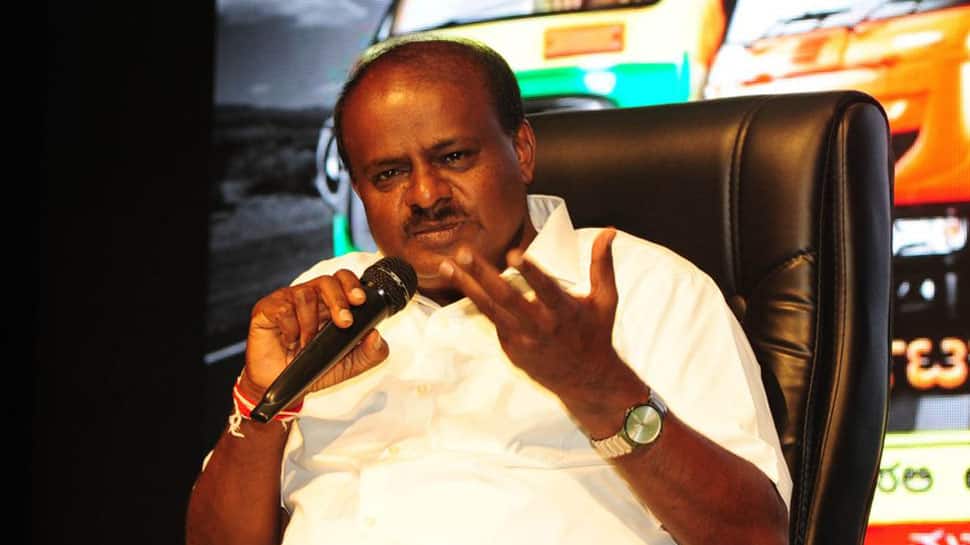 Mangaluru: Putting end to speculations regarding JD(S) supremo HD Deve Gowda`s candidature for the Prime minister`s post, Karnataka Chief Minister HD Kumaraswamy on Sunday said that the former is not going to take the post if Mahagathbandhan or grand-alliance comes to power.

Speaking to media, Kumaraswamy said, "If Mahagathbandhan comes to power HD Deve Gowda will not be the Prime Minister, he will be advisor to the government and will take care of the interests of the country."

He, however, refused to speculate on the name of a probable candidate and added, "The question of who will be the Prime Minister is secondary."

Earlier on February 27, Kumaraswamy had said that if the Congress and JD(S) alliance win at least 20-22 seats in Karnataka, then a Kannadiga can once again become the Prime Minister of the country.

"In 1996, a Kannadiga HD Devegowda became Prime Minister after you (Karnataka people) blessed us with 16 Lok Sabha seats. If you bless Congress and JD(S) with at least 20-22 seats in Karnataka once again, a Kannadiga can be in that place (Prime Minister)," Kumaraswamy had said while addressing a rally in Mandya.

Seven phase elections in the country will begin on April 11 and will go on till May 19. Counting of votes will be done on May 23. Karnataka will go to polls on April 18 and 23.

BSP will remain at zero, SP will find it tough to win even five seats: Uttar Pradesh CM Yogi Adityanath