Political parties release their manifesto ahead of the poll to present a brief picture of their five-year vision. 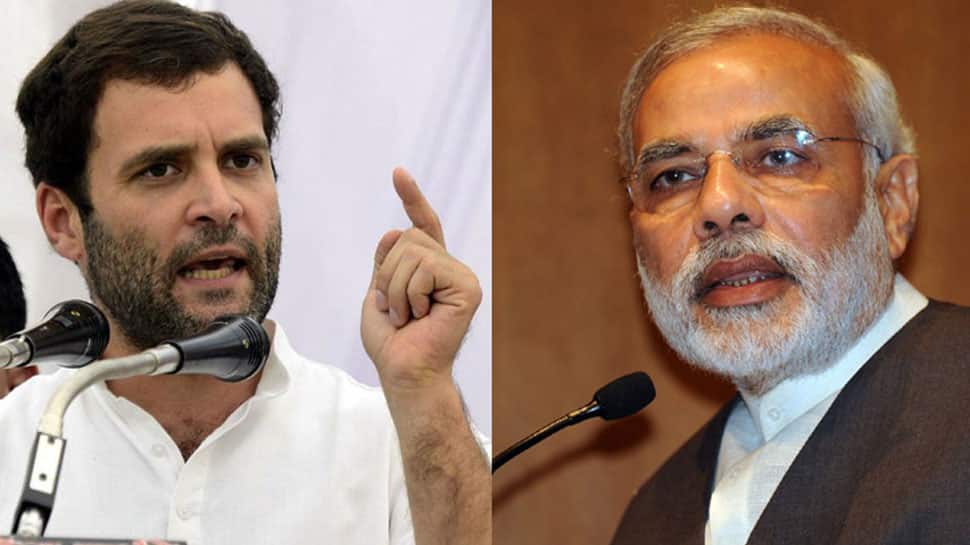 The main opposition party Congress had released its manifesto on Wednesday. Political parties release their manifesto ahead of the poll to present a brief picture of their five-year vision and a manifesto is seen as an important factor in deciding the fate of the party at the hustings.

Both the BJP and the Congress have promised several measures for different sectors of the country in their manifestos. Following are the five main differences  between the manifestos of the two political parties:

1. In its manifesto, the Congress has promised to introduce a separate Kisan budget, while the BJP has vowed to provide pensions for small, marginal farmers after the age of 60 and double income of the farmers by 2020.

2. The Congress has promised to review Armed Forces Special Powers Act and hold dialogue to maintain peace in Kashmir whereas the BJP reiterated its stand on abrogation of Article 370 and Article 35A.

3. The Congress, in its manifesto, vowed to eliminate poverty from the country by 2030 through its minimum income guarantee scheme ‘NYAY’, while the BJP has promised to reduce the number of BPL families to the single digit.

4. The Congress has pledged in its manifesto that the party will create 22 lakh jobs by the end of 2020, while the BJP, in its Sankalp Patra, promised to create new opportunities of employment by strengthening 22 major 'Champion Sectors'.

5. The Congress has said nothing over the issue of Ram Temple and Triple Talaq in its manifesto, while the BJP has said that it will wait for the SC's verdict on Ram Temple and will take steps to pass the law aimed at stopping the practice of Triple Talaq among Muslims.