The Income-Tax sleuths raided different locations associated with the Guntur MP on Tuesday, leading to a further flare-up in the tensions between the Centre and TDP. 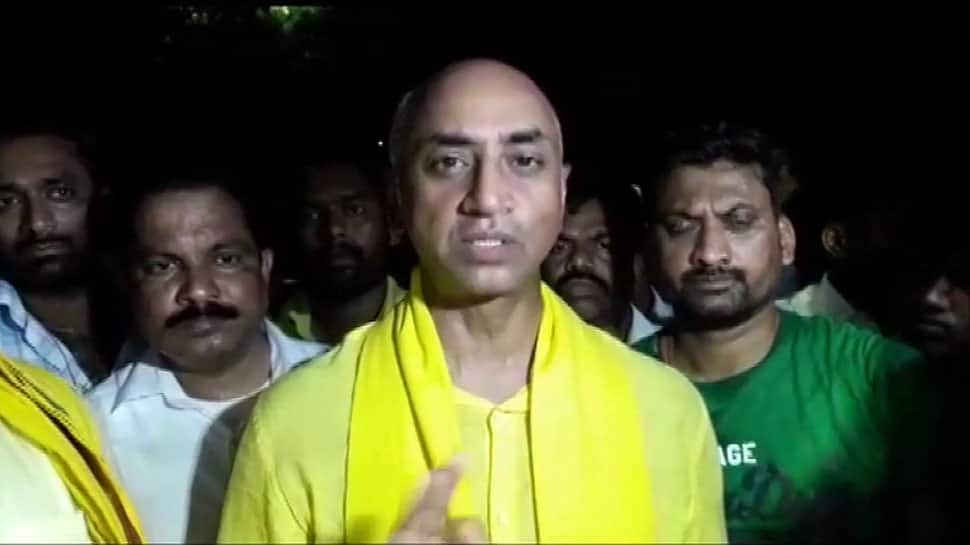 The Income-Tax sleuths raided different locations associated with Galla on Tuesday, leading to a further flare-up in the tensions between the Centre and TDP.

Galla, an industrialist and the managing director of Amara Raja Group, was the richest candidate in the 2014 Lok Sabha election. He's the face of TDP's attack against NDA over the issue of special status for Andhra Pradesh.

Alleging vendetta politics, Galla said, “It is happening at three locations where my election team was staying. I am demanding an explanation on why we are being targeted. This country under the leadership of Prime Minister Narendra Modi is going down a fascist path. Because I have spoken against him, initiated a non-confidence motion against him, I am being targeted like this.”

“Why is TDP being targeted in Andhra Pradesh? If EC and all government agencies are working impartially it should be happening to people of all parties. This is an attempt by the government to influence the elections. We are moving towards a state of emergency in the country,” he further questioned, reported news agency ANI.

TDP spokesperson Lanka Dinakar, who also participated in the dharna, questioned the motive behind the raids.

"Union Government is carrying out vendetta politics in Andhra Pradesh on behalf of his B-team Jaganmohan Reddy. This IT raid against Jayadev is because he called on Prime Minister in Lok Sabha. He is now being agonised just before elections. Jayadev is one of the highest income taxpayers in Andhra Pradesh," said Dinakar.

Alleging YSR Congress Party hand behind the raids, Dinakar added, “IT department shouldn't conduct such raids without proper intimation to the EC, we don't know whether these raids are happening with EC's approval or just on instructions of Modi led union govt as per list given by Jaganmohan Reddy.”

"It is not only Prime Minister Narendra Modi but also Jaganmohan Reddy and K Chandrashekhar Rao who are acting vindictively against the state. Modi has betrayed us; he did not fulfill his promise. Then we question him, he harasses us with ED and CBI raids," Naidu said while releasing the party manifesto "Your Future My Responsibility".