"Mamata Banerjee is spreading violence in the state," Nirmala Sitharaman said, adding that she should protect the people but she has problems if people chant 'Jai Shri Ram.' 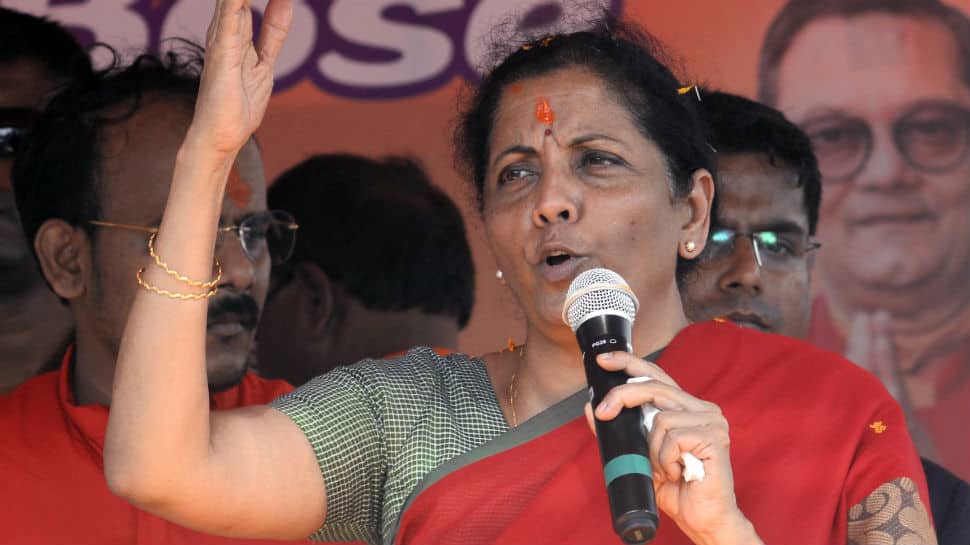 Kolkata: Defence minister Nirmala Sitharaman, who addressed an election campaign in Kolkata on Tuesday, hit out at Chief Minister Mamata Banerjee for inciting violence over the 'Jai Shri Ram' slogan.

In her speech, Sitharaman also categorically mentioned the violence in West Bengal during the Lok Sabha election. Bharatiya Janata Party (BJP) and Trinamool Congress (TMC) workers have reportedly clashed in each of the five phases.

"Mamata Banerjee is spreading violence in the state," the union minister said, adding that while she should protect the people, Mamata has problems if people chant 'Jai Shri Ram.'

The controversy over chanting 'Jai Shri Ram' in West Bengal started over the weekend. A video showed Mamata stopping her car in West Midnapore district and questioning some people who had chanted the slogan as her carcade was crossing the area.

This prompted BJP president Amit Shah to allege that the West Bengal CM is not allowing people to chant 'Jai Shri Ram' in the state and wondered if the God's name cannot be taken in India, will it be uttered in Pakistan.

"Lord Ram is a part of the culture of India... Can anybody stop people from taking his name? I want to ask Mamata didi, if Shri Ram's name is not taken in India, will it be chanted in Pakistan?" Shah said.

Meanwhile, speaking about the poll day violence in Bengal, Sitharaman said, "In spite of Central Forces coming in and assuring the voters that their presence will make a difference, Didi's (Mamata Banerjee) 'syndicate morcha people' were all over the place."

"Violence which is being perpetrated by TMC workers is a cause for concern. Didi at the end of the day screams about democracy, she is the one who is violating it now," she added.