Speaking to the media outside the Chennai International Airport, Haasan said that there are terrorists in every religion. 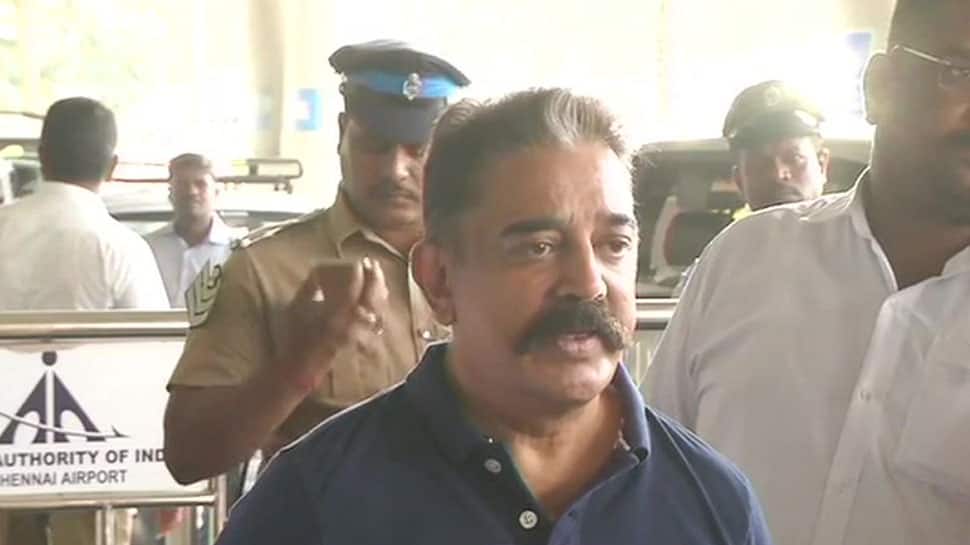 Actor-turned-politician Kamal Haasan on Friday asserted that he stood his ground on his controversial comment on Nathuram Godse. The Makkal Needhi Maiam (MNM) president recently courted controversy when he referred to Godse and said 'independent India's first terrorist was a Hindu.' Speaking to the media outside the Chennai International Airport, Haasan said that there are terrorists in every religion. He also added that those having objection over his comment should arrest him.

"Terrorists is there in every religion, I was talking in that way. All religions have their extremists. My speech that day was about harmony. Clearly, the fingers point to the perpetrators. The philosophy and direction come from there. Let them arrest me...Then tension and issues will increase," said Haasan.

On Sunday, Haasan made the remark on Godse. The remarks drew a sharp response from the BJP and AIADMK even as the Congress and Dravidar Kazhagam jumped to Haasan's defence. The BJP lodged a complaint with the Election Commission and accused  Haasan of misusing religion for electoral gains. Tamil Nadu minister Rajendra Balaji said the actor-turned-politician's tongue should be chopped off. "Kamal Haasan's tongue should be chopped off. Everything he says now is getting him into trouble. In a locality where Hindus are lesser in number, he has gone and spoken about the first Hindu terrorist. But terror has no religion," the AIADMK leader had said.

Speaking on this, Haasan on Friday said, "It shows the minister's qualities, what can I say? I am not even threatened...The quality of politics is going down. I wont indulge in mudslinging."

Hassan reiterated that he had spoken on the same issue even before the Lok Sabha election in front of a diverse crowd at Chennai's Marina Beach but alleged that those in power have paid attention to it for their own needs. He added that this is a "created controversy".

"Before parliamentary polls.. I said these same words at Marina Beach in Chennai a few weeks back.. in front of a diverse crowd hat had people from all religions. It seems like they have paid attention to it for their own needs. Maybe their(ruling party) confidence is low now... I don't have to reply to PM Narendra Modi...History will tell. We are working towards restoring peace," said Haasan.