Kumaraswamy's statement about Kharge had come at a time when there was growing clamour within the Congress for Siddaramaiah to become the Chief Minister once again, resulting in a public spat between the grand old party and JDS. 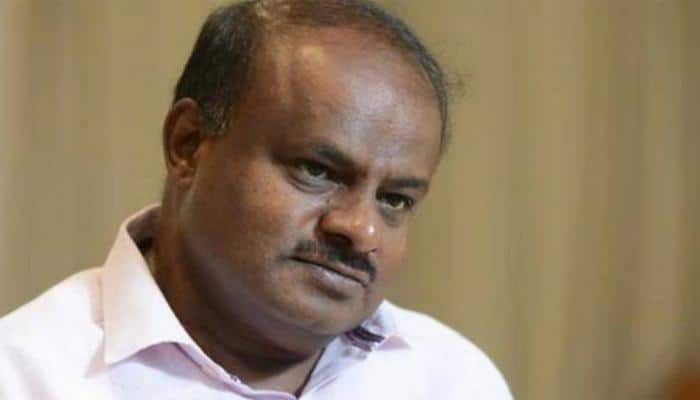 Karnataka Chief Minister HD Kumaraswamy's remark that veteran Congress leader Mallikarjun Kharge should have been offered the top post long ago has triggered a Twitter debate between him and the ruling coalition coordination committee chief Siddaramaiah.

Kumaraswamy's statement about Kharge had come at a time when there was growing clamour within the Congress for Siddaramaiah to become the Chief Minister once again, resulting in a public spat between the grand old party and JDS.

Kumaraswamy's comment was even seen as an attempt to checkmate CLP leader Siddaramaiah, who had hinted at his ambition for the top job.

In a measured response to Chief Minister's statement, Siddaramaiah Thursday said, PWD Minister and Kumaraswamy's older brother HD Revanna too has the capability for the top job.

"What Kumaraswamy has said is right. Mallikarjun Kharge has the capability not only to become Chief Minister but even a higher position."

"There are several people in Congress and JD(S) who have the capability to become CM. HD Revanna is also one among them. For every thing a time has to come," Siddaramaiah said in a tweet.

Kumaraswamy said his remark that Kharge should have become ChiefMinister was deep from his heart, based on decades old political reality in Karnataka, and giving any political colour to it or analysing by misunderstanding it is "not healthy".

"I don't have a shabby interest to get a political advantage through this statement. We should not forget that Kharge's personality is something that is beyond party or caste lines," he said in a tweet.

Addressing a gathering in Chincholi, Kumaraswamy on Tuesday had said, Kharge should have become the Chief Minister long ago.

Kharge could have also become Chief Minister of the present Congress-JDS coalition government, but he said, he will abide by the party high command's decision, Kumaraswamy had noted.

Meanwhile, Revanna reacting to Siddaramaiah's tweet in Hassan said, the former Chief Minister was his "well-wisher" and there was no question of him being in the race for CM until his brother is in the top job.

"..He (Siddaramaiah) has been my well wisher for long, so I will not react on what he has said. He has affection towards me. When Kumaranna (Kumarasway) is CM how can I become?
The post is not vacant now. Until Kumaraswamy is CM none of us are in the race. We brothers will never fight for this. Whatever Kumaraswamy and Deve Gowda say that's my stand," he said.

Later speaking to reporters in Hubballi, Siddaramaiah clarified that he has only said that there are many who have the capability to become Chief Minister and Revanna is one among them.

Noting that there was nothing wrong in Siddaramaiah's tweet as he and Revanna were close, Deputy Chief Minister G Parameshwara in Kalaburagi said he too aspired to become CM, but the post was not vacant now.

State BJP chief BS Yeddyurappa had on Wednesday asked Kumaraswamy to resign immediately and vacate the top post for Kharge.

Kharge himself had termed ChiefMinister's statement as "election time statement" and out of"affection".

The debate about Chief Minister has come amid speculation about the longevity of the coalition government in the state after Lok Sabha poll results on May 23.