EC had issued a notice to Kirron Kher seeking reply after she shared the video on Twitter in which children were seen campaigning for her. 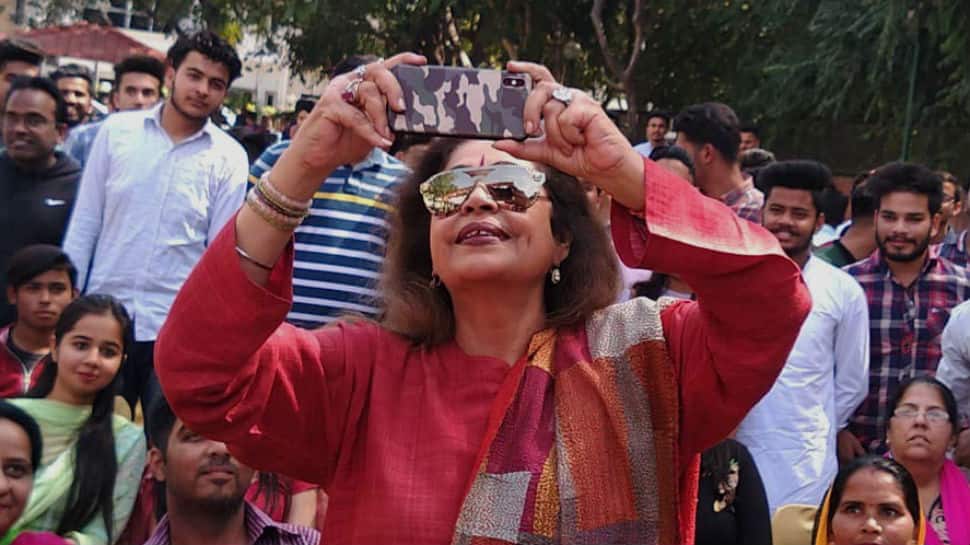 Chandigarh: Kirron Kher, Bharatiya Janata Party (BJP) candidate from Chandigarh, apologised to Election Commission (EC) over her campaign video with children and said that whatever happened was 'wrong.'

EC had issued a notice to Kher seeking reply after she shared the video on Twitter in which children were seen campaigning for her. The poll panel had asked the actor-turned-politician to reply within 24 hours.

In her reply, she said, "Whatever happened was wrong. Somebody sent it to us, my team shared it and later deleted it. Very sorry that it happened, it should not have happened," ANI reports.

Kirron Kher, BJP Chandigarh candidate: Whatever happened was wrong, that children were used. Somebody sent it to us, my team shared it and later deleted it, very sorry, it happened, it should not have happened. https://t.co/AFo6jlndAD

The now-deleted video showed children campaigning for Kher and raising slogans to vote for her and the party, the notice, issued on May 3, said.

In the notice, it was mentioned that the National Commission for Protection of Child Rights in January 2017 had requested the Election Commission to ensure that children are not involved in any form with election-related activities, by either elections officials or political parties.

The EC had subsequently instructed that it should be ensured by all political parties and election officials that children are not involved in any election-related activity, as per the notice.

Kher is seeking re-election from the Chandigarh Lok Sabha seat and has been fielded against Congress' Pawan Kumar Bansal and AAP's Harmohan Dhawan.

Chandigarh will vote in the last phase of Lok Sabha elections on May 19.