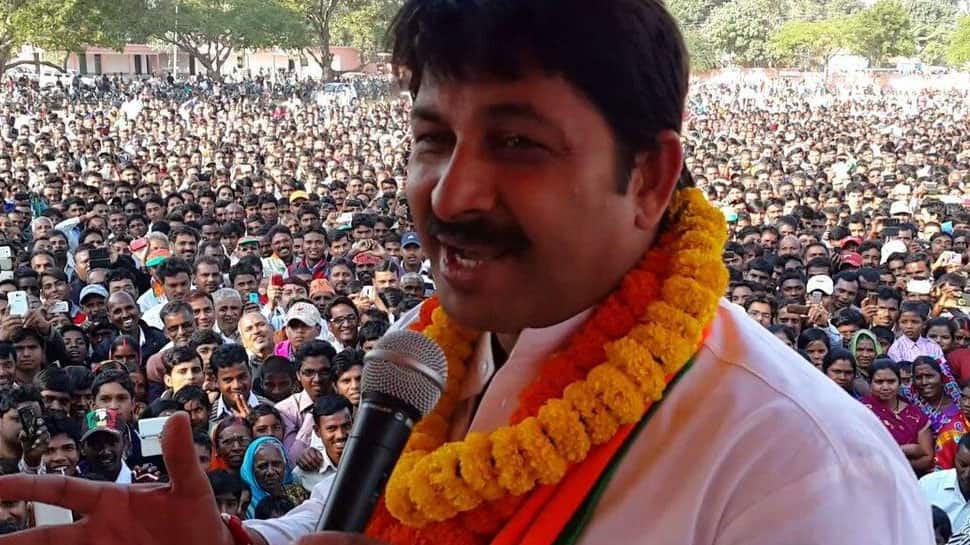 NEW DELHI: Ending weeks of suspense, the BJP central leadership on Sunday released the list of its candidates for contesting the 2019 Lok Sabha polls from Delhi, Punjab, Madhya |Pradesh and Uttar Pradesh.

It may be recalled that Finance Minister Arun Jaitley had unsuccessfully contested from the Amritsar Lok Sabha seat in the 2014 Lok Saha polls. He was defeated by Captain Amarinder Singh, who is now the Chief Minister of Punjab. This time, the party decided to field Hardeep Puri from the Amritsar seat.

The names of the candidates were finalised by the party's Central Election Committee during a meeting on Sunday.

The latest BJP candidates' list was undersigned by JP Nadda, who is the secretary, Central Election Committee.

Here's is the list of BJP candidates for Delhi, Punjab, MP and UP. 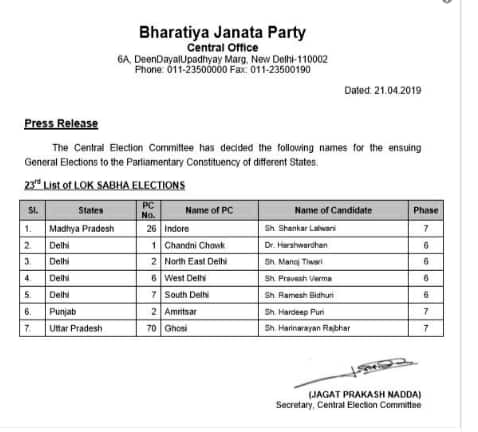 The BJP had Saturday announced the names of its 102 more candidates for the Lok Sabha polls, including the party's senior leader and Union Minister Ravi Shankar Prasad from Patna in Bihar and national spokesperson Sambit Patra from Puri in Odisha.