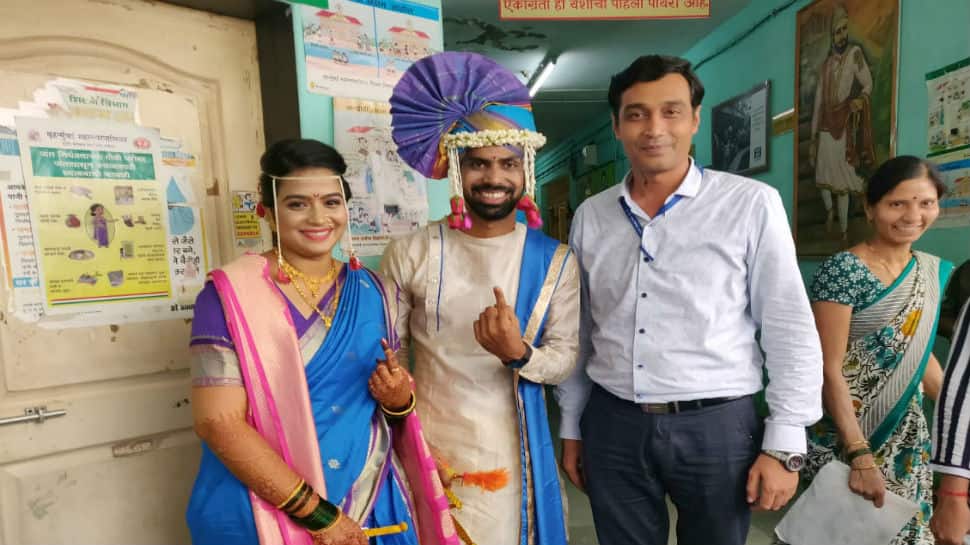 Maharashtra's 48 parliamentary seats could be crucial in the fate of political parties competing in Lok Sabha election 2019. Voting here took place in the first four phases with BJP, Congress, NCP and Shivsena being the parties of reckoning.

In Lok Sabha election 2014, BJP had put a dominant performance by winning 23 seats with another 18 won by ally Shivsena. Congress could only scrape 2 while NCP had managed four.

This year, the campaign in the state has been fierce as ever with each political party looking at gaining ground and reaching out to voters in a big way.

Here are what exit polls are predicting for Maharashtra:

# Today's Chanakya predicts BJP+ to win 38 seats, Congress to get the remaining 10.

# Republic-Jan Ki Baat exit poll predicts 27 seats for BJP+, 14 for Congress+. It says Shivsena likely to keep 17 seats in the alliance with BJP.

# The 48 constituencies in Maharashtra voted in the first four phases - first (April 11), second (April 18), third (April 23) and fourth (April 29) phase. In the first phase people voted for seven Lok Sabha seats, 10 for the second phase, 14 in the third phase and 17 for the fourth phase.

# The voter turnout in each of the four phases were as follows: