During poll campaigning, Congress general secretary Priyanka Gandhi Vadra had also taken out a massive roadshow in Pathankot, part of the Gurdaspur constituency. 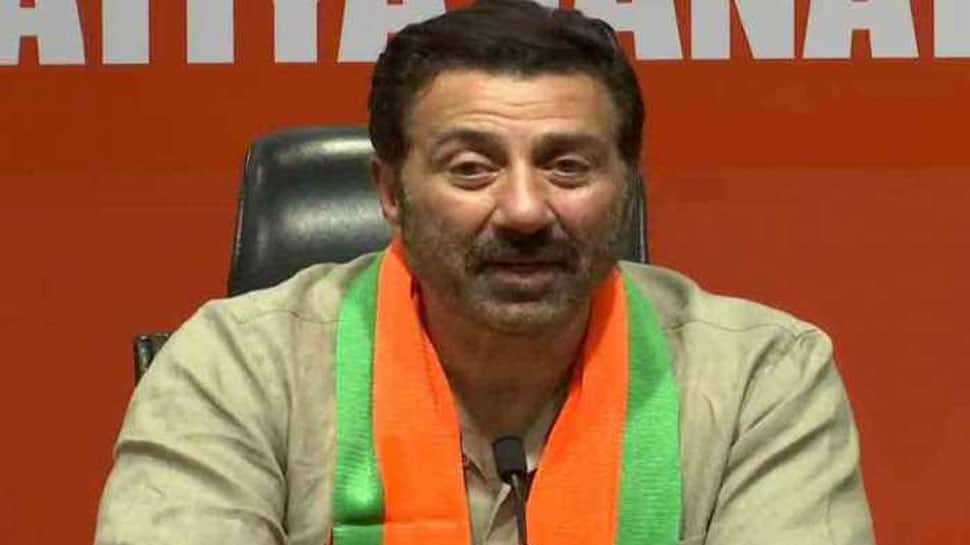 Chandigarh: BJP's gamble to field Sunny Deol from the Gurdaspur constituency finally paid off with the Bollywood actor winning the seat by defeating Congress heavyweight and sitting MP Sunil Jakhar.

Deol, 59, defeated the Punjab Congress chief with a margin of 82,459 votes, the Election Commission said.

After registering a resounding victory, Deol said he would work for the welfare of voters from the border constituency.

"I was confident that people of this constituency love me a lot and ensure my victory (from Gurdaspur Lok Sabha seat)," he said.

He also vowed to complete the unfinished projects of late MP Vinod Khanna.

The BJP had sprung a surprise last month by announcing the name of the actor, whose real name is Ajay Singh Deol, from the Gurdaspur seat.

His victory with such a huge margin was all the more significant as out of nine assembly segments in Gurdaspur parliamentary constituency, seven were represented by Congress MLAs.

Only two seats are with the SAD and the BJP.

The Gurdaspur seat went to the BJP's kitty despite Punjab Chief Minister Amarinder Singh's warning his ministers and MLAs to "perform or perish".

During poll campaigning, Congress general secretary Priyanka Gandhi Vadra had also taken out a massive roadshow in Pathankot, part of the Gurdaspur constituency.

It was the second time that the Bharatiya Janata Party played a celebrity card by nominating an actor from the Gurdaspur constituency in order to sail through the general elections.

Earlier, the saffron party had nominated late actor Vinod Khanna from Gurdaspur in 1998 and he had managed to defeat veteran Congress leader and five-time MP Sukhbans Kaur Bhinder.

As the BJP made national security as poll plank for this year's Lok Sabha polls, Deol, who is popular for playing patriotic roles in movies like 'Border' and 'Gadar', fitted well into the scheme of things of the saffron party to wrest the Gurdaspur seat from Congress.

Novice in politics, Deol called himself a "patriot" and tried to woo voters with his famous dialogues 'Dhai kilo ka hath' from 1993 film 'Damini' and 'hindustan zindabad hai, zindabad rahega' from 'Gadar' film.

Prime Minister Narendra Modi had also tweeted a picture with Deol and wrote his movie dialogue.

Even as Deol faced an accusation of being an "outsider with no knowledge" of Punjab issues, Deol tried to silence his critics by saying that he had come here to serve people.

His father and veteran actor Dharmendra and his younger brother Bobby Deol also campaigned for him which worked well for the BJP candidate.

Dharmendra was born in Nasrali village in Ludhiana and spent his early life in Sahnewal near Ludhiana.

Gurdaspur has traditionally been called a stronghold of the Congress. But after late Vinod Khanna was fielded from the border seat in 1998, the BJP held Gurdaspur constituency for four times --1998, 1999, 2004 and 2014.