In its list of 61 candidates, the saffron party has refused tickets to 12 MPs, four of whom have already switched sides and joined the rival parties -- Samajwadi Party and Congress. 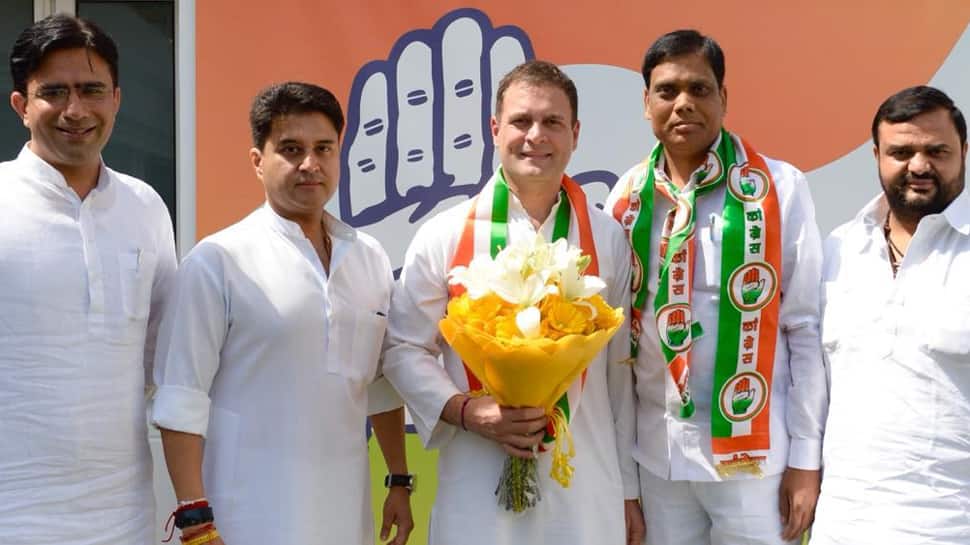 With the BJP denying tickets to 12 MPs in Uttar Pradesh, the opposition is planning to cash in on the clout of these disgruntled parliamentarians in the upcoming general elections.

In its list of 61 candidates, the saffron party has refused tickets to 12 MPs, four of whom have already switched sides and joined the rival parties -- Samajwadi Party and Congress.

Another BJP MP Anshul Verma from Hardoi also joined the SP ahead of the polls, terming the ruling party "anti-Dalits."

Although Verma claimed that he joined the Akhilesh Yadav-led party "without any condition," the Samajwadi Party is planning to utilise his support base among the Dalits, especially in Hardoi area.

Asked about giving preference to BJP turncoats this election, SP MLC Rajpal Kashyap said such a strategy is only aimed at "exposing misdeeds of the ruling party" in the state.

"They are the ones who were on the ground for five years. They can very well tell the electorate what the BJP is and expose their misdeeds," he said.

"Our alliance with the BSP and the RLD is very powerful and that is why these leaders have faith in us," Kashyap said.

BJP MP Savitri Bai Phule, who resigned before the Lok Sabha polls were declared, is now a vocal critic of the saffron party.

"The BJP did nothing for Dalits and backwards. Its government functions in an unconstitutional manner and is conspiring to end reservation. I will ensure defeat of the BJP in my constituency and am ready to campaign wherever my party sends me," she said.

Ballia BJP MP Bharat Singh had recently written an open letter to the people of his constituency.

"What is my fault? Why was I denied ticket? I have always taken up issues related to the constituency. The candidate announced from Ballia has no connect with the people here," he wrote. Singh, however, did not talk about his future course of action.

In Kushinagar, supporters of BJP MP Rajesh Pandey protested against the denial of ticket to their leader and demanded the leadership to re-consider the decision.

Commenting on the trend of leaders switching allegiance over denial of tickets, BJP spokesman Shalabh Mani Tripathi said, "This happens during election time when leaders look for opportunities."

"Our cadre is intact and people have faith in Prime Minister Narendra Modi's leadership. There will be no impact of these leaders going to other parties," he added. Uttar Pradesh has 80 Lok Sabha seats, the highest in the country.