He said the LJP candidates for Hajipur, Vaishali, Samastipur, Jamui, Nawada and Khagadia were finalised on Monday but the names were not announced "as a mark of respect" to Manohar Parrikar. 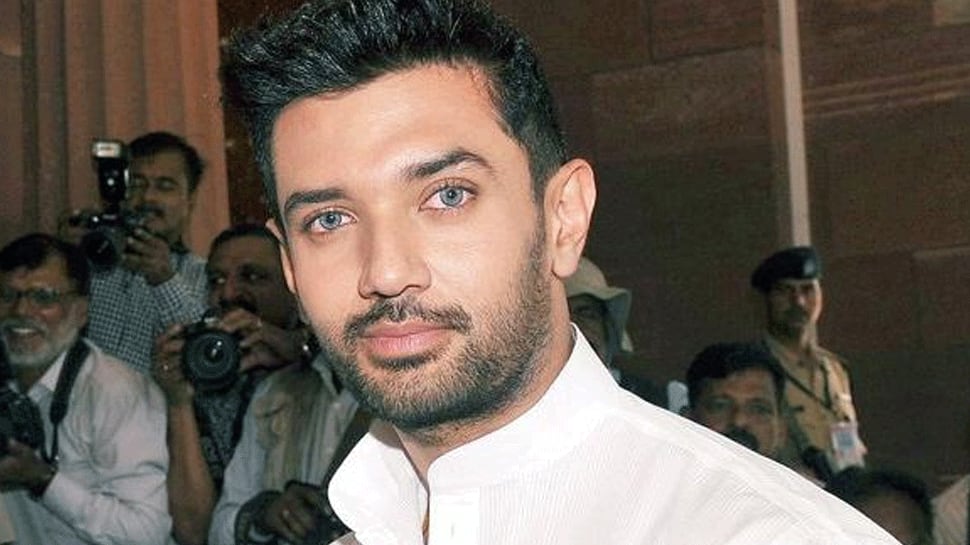 NEW DELHI: Taking a dig at opposition unity for the 2019 Lok Sabha polls, Lok Janshakti Party leader Chirag Paswan on Monday said many opposition parties were not ready to go with the Congress and the `Mahagathbandhan` (Grand Alliance) was a "delusion".

"Let alone coming together, the leaders of the Grand Alliance do not even want to be seen together. (BSP supremo) Mayawati ji has issued a statement saying that Congress should not spread lies that they are together. Something like this is happening between the AAP and Congress.

"Unity among the opposition is delusion. They are scared of even talking to each other," said Chirag Paswan, the son of Union Minister and Lok Janshakti Party chief Ram Vilas Paswan.

Under the National Democratic Alliance (NDA) seat sharing arrangement in Bihar, the Bharatiya Janata Party (BJP) and the Janata Dal-United (JD-U) will contest 17 seats each, while the LJP will contest on six seats and Chirag Paswan said he was confident that they would win as many as 37 of the total 40 seats.

He said the LJP candidates for Hajipur, Vaishali, Samastipur, Jamui, Nawada and Khagadia were finalised on Monday but the names were not announced "as a mark of respect" to Goa Chief Minister Manohar Parrikar, who died on Sunday and was cremated on Monday.

Senior Paswan will not contest the Lok Sabha election this time as he would go to Rajya Sabha later, which has led to speculations that his brother and Bihar LJP chief Pashupati Kumar Paras would contest from Hajipur.

Also Munger MP Veena Devi is likely to be fielded from Nawada -- which currently is represented by Union Minister and BJP leader Giriraj Singh.

Chirag Paswan also said that his party has considerable support in Uttar Pradesh and Jharkhand but would not field any candidate from these states.

Rahul Gandhi to visit Arunachal Pradesh and Manipur on Tuesday, here's his schedule