Asserting that this election saw a "good fight" between the two rival parties, Gandhi said he thought that "love is going to win". 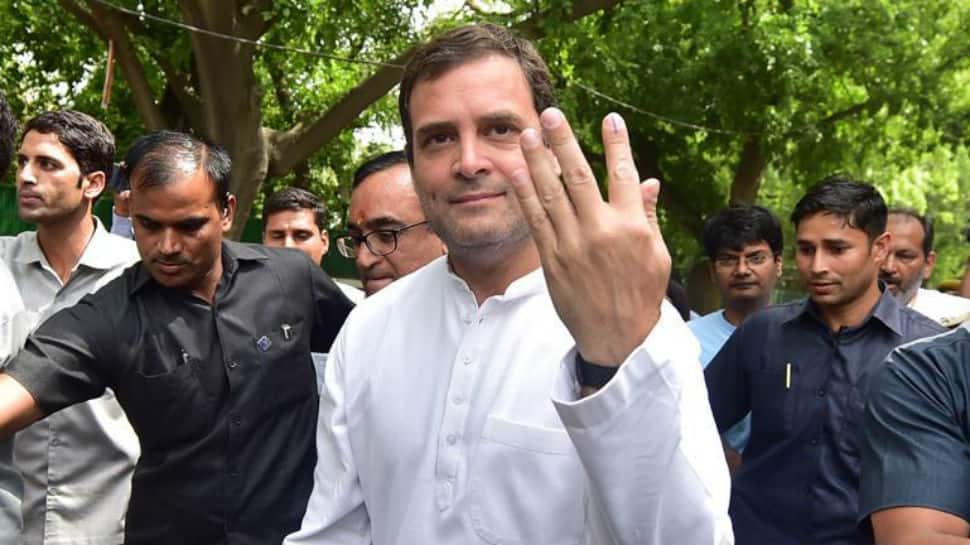 New Delhi: Congress president Rahul Gandhi on Sunday cast his vote in Lok Sabha polls in Delhi and hit out at Prime Minister Narendra Modi, saying he "used hatred" during the elections but the grand old party "used love".

Asserting that this election saw a "good fight" between the two rival parties, Gandhi said he thought that "love is going to win".

"Prime Minister Narendra Modi used hatred, we (Congress) love. And, I think love is going to win," he told reporters, soon after exercising his franchise.

Clad in his trademark kurta-pyjama, he was accompanied by party's New Delhi candidate Ajay Maken on way to the polling booth, a walking distance from his Tughlaq Lane residence.

"There are four issues in this election, these are not our issues but people's issues. And most important among these is of unemployment. Then, condition of farmers, demonetisation, Gabbar Singh Tax (mocking GST), corruption and the Rafale issue," he said.