Opposition leaders have been attacking the PM over his caste credentials. 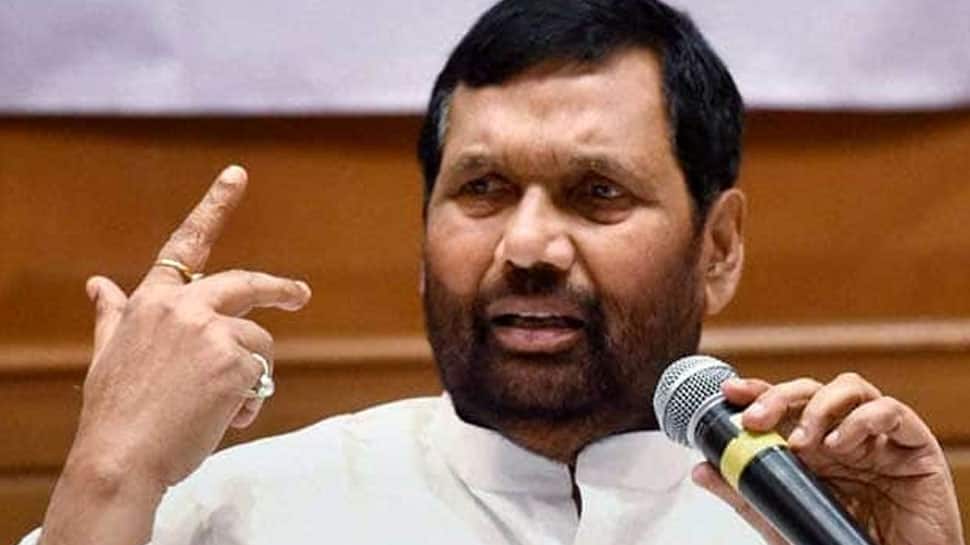 NEW DELHI: Defending Narendra Modi's "backward" caste credentials, Union Minister Ram Vilas Paswan on Monday lashed out at the Opposition parties for their attacks on the Prime Minister over his caste.

"Who is backward from his birth? Does an infant born out a mother's womb has a caste? The caste is a reality, but backward and forward is a constitutional construct. Now Paswan in Bihar is a scheduled caste but not so in Delhi. Or Yadavs, they may be backward...Why are they screaming?" Paswan told reporters on Monday.

"These comments are a sign of (opposition's) desperation and clearly shows they have already lost the election," the Dalit leader said.

Earlier this month, Leader of Opposition in Bihar Assembly Tejashwi Yadav had rebuffed PM Modi's assertion of belonging to an "aati pichhada" (most backward) caste and called him a "fake OBC".

BSP chief Mayawati has also alleged that PM Modi included his caste in the backward category during his tenure as Gujarat chief minister to derive electoral benefit.

For the Congress, its general secretary Priyanka Gandhi had said that while her party did not indulge in caste politics, she didn't know as to which caste the Prime Minister belongs to.

Addressing a public meeting in Uttar Pradesh Saturday, the Prime Minister aggressively pitched his backward caste identity, declaring that he was not just an OBC, but was "born" into the "most backward caste".

The Lok Janshakti Party chief also said that the election results on May 23 will clear all doubts of the opposition parties and by May 26 Modi will again be sworn in as the PM.

Paswan also took a dig at Priyanka Gandhi and said that she had "backed out" from the fight against Modi in Varanasi.

"In the face of a defeat, she backed out," he alleged.

Paswan also said that an individual candidate is not important in this election as people across the country are voting for PM Modi.

"There is one united view in this country that Prime Minister Narendra Modi should be brought back. Candidates are not important in this election," he said.

UP has changed BJP rule, 'bahubalis' have no impact now: Amit Shah