Resentment among people due to the politics of BJP: Sachin Pilot

Referring to the violence in West Bengal and BJP nominee Pragya Thakur's statement on Nathuram Godse, Pilot said it is for the first time that a constitutional institution like the Election Commission of India had to face several questions. 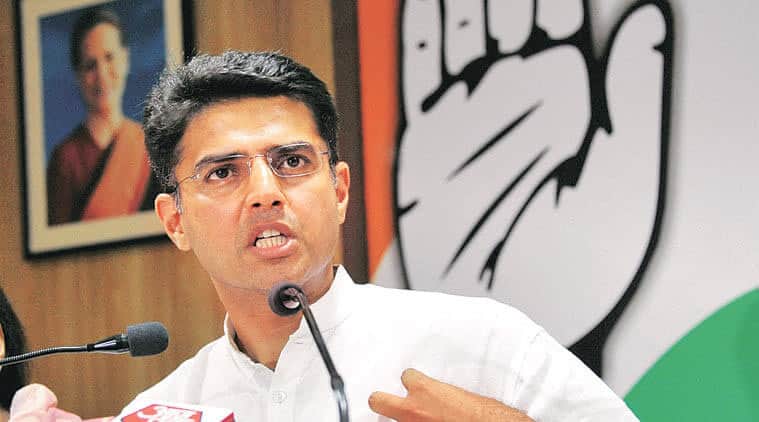 There is resentment among the people of the country due to the politics of the ruling BJP government at the Centre, Rajasthan deputy chief minister Sachin Pilot said on Friday.

Referring to the violence in West Bengal and BJP nominee Pragya Thakur's statement on Nathuram Godse, Pilot said it is for the first time that a constitutional institution like the Election Commission of India had to face several questions.

"The type of politics that BJP has done in past few days, it has created an environment of resentment in not only the Congress and other political parties but also in the entire country," Pilot said at a press conference.

"None of the senior BJP leader neither stopped nor objected to Thakur's statement calling an individual who killed Mahatma Gandhi as a patriot," he added.

"The party leadership has neither refuted the statement nor terminated her (Thakur) membership. The BJP's sidelining itself from the statement is not enough," he said further.

Pilot, who is also the Rajasthan Congress chief, said that the feedback on six phases of Lok Sabha election indicates that the BJP is trailing in all phases.

He said that the frustration of losing in elections can be gauged from the statements of Prime Minister Narendra Modi, party chief Amit Shah and other senior leaders.

Talking about recent violence reported in West Bengal during electioneering, Pilot said, "The facts that have come to the fore from the ground in Kolkata clearly indicate that the BJP brought people from outside Bengal for their roadshow. Whatever happened there is condemnable and indecent."

"You can evaluate that the prime minister of the country is comparing an elected chief minister with the stone pelters who follow a separatist ideology," he said.

The Bharatiya Janata Party is condemning the violence in West Bengal but is not able to see the attack on a Congress legislator from Rae Bareli in Uttar Pradesh, Pilot said further.

Congress MLA Aditi Singh and members of the zila panchayat were on Tuesday injured in an attack while they were on their way to vote on a no-confidence motion against zila panchayat head Avadesh Singh.

Avadesh Singh is the brother of Dinesh Pratap Singh, the BJP candidate from Rae Bareli. The BJP and Uttar Pradesh chief minister Yogi Adityanath have condemned the incident.