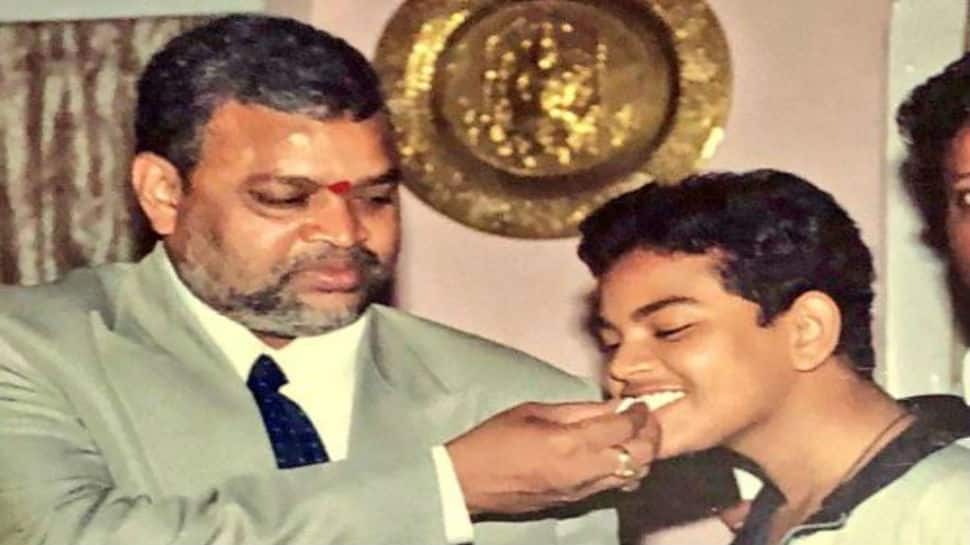 A throwback photo of Kinjarapu Yerran Naidu with son Rammohan. (This photo was tweeted by @RamMNK)
Share:
Written By:

Srikakulam is one of the 25 Lok Sabha constituencies in Andhra Pradesh and has been dominated by the Telegu Desam Party (TDP) since the mid 1990s. While the constituency voted for an independent candidate in the 1951/52 election – Boddepalli Raja Rao, it went with the Indian National Congress in 1957, 1962, 1971, 1977 and 1980 primarily because Rao had joined INC for these elections.

TDP had its debut win here in 1984 courtesy Appayyadora Hanumantu and made winning a habit between 1996 and 2004 with Kinjarapu Yerran Naidu leading the way.

Hailed for his self-made credentials, Naidu consolidated the TDP base in Srikakulam and was even made the cabinet minister of rural areas and employment in the United Front government in 1996. He had even survived an assassination bid by Maoists before the 2004 election.

While TDP did lose Srikakulam in the 2009 election to Congress’ Killi Krupa Rani, Naidu ensured a strong TDP presence here. And so, while Naidu was killed in an accident in 2012, his son - Rammohan Naidu Kinjarapu - managed to win in 2014 to re-stamp his families credentials.

It was a close contest in the 2014 election when the then union minister Kruparani took on Rammohan along with YSRC candidate Reddi Shanti also being in the fray. Kruparani finished a distant third to Rammohan and Shanthi, getting only 24,163 votes.

With caste equations playing a crucial role here – Kalinga and Velama leaders evoking strong support, the 2019 elections might well turn out to be a contest closer than what appears.

Every illegal immigrant from Kashmir to Kanyakumari will be thrown out: Amit Shah