Hundreds of people lined up along the road to catch a glimpse of Sunny Deol. 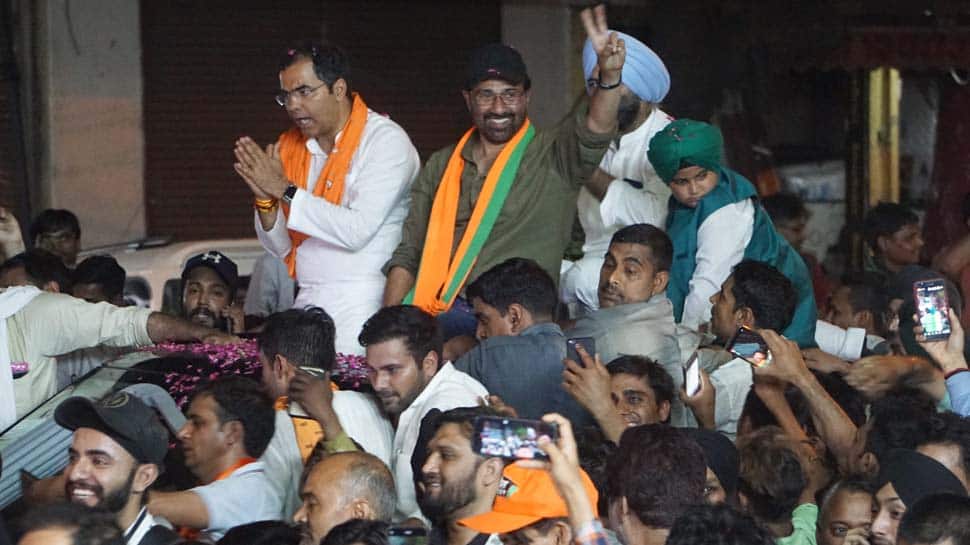 Hundreds of people lined up along the road to catch a glimpse of the actor who reached the venue almost three-and-half-hours late. Sporting an olive green shirt and blue jeans Deol started the roadshow around 5.30 pm from Hari Nagar bus depot, which passed through Jail Road in Tilak Nagar before culminating at Raja Garden.

He started the roadshow atop a truck, which carried a hand pump, and few metres from the bus depot. Later climbed atop a Range Rover along with Verma and BJP MLA Manjinder Singh Sirsa.

Flower petals were showered and people were busy taking snaps of the actor-turned-politician as his cavalcade passed through the area. Songs from the movie 'Border' -- starring Deol -- and his dialogues from the film 'Gadar' were played in the backdrop.

In the Sikh-dominated seat, Deol greeted the crowd by 'Jo bole so nihaal'.

There was a massive traffic jam on both the carriageways of Jail road because of the roadshow while in Rajouri Garden, a vehicle carrying media persons and Verma supporters was stopped by police for playing loudspeaker after 10 pm and they were dispersed.