"Would like to state that instead of focusing on the issue, the Commission is trying to avoid the situation," read TDP's response to EC. 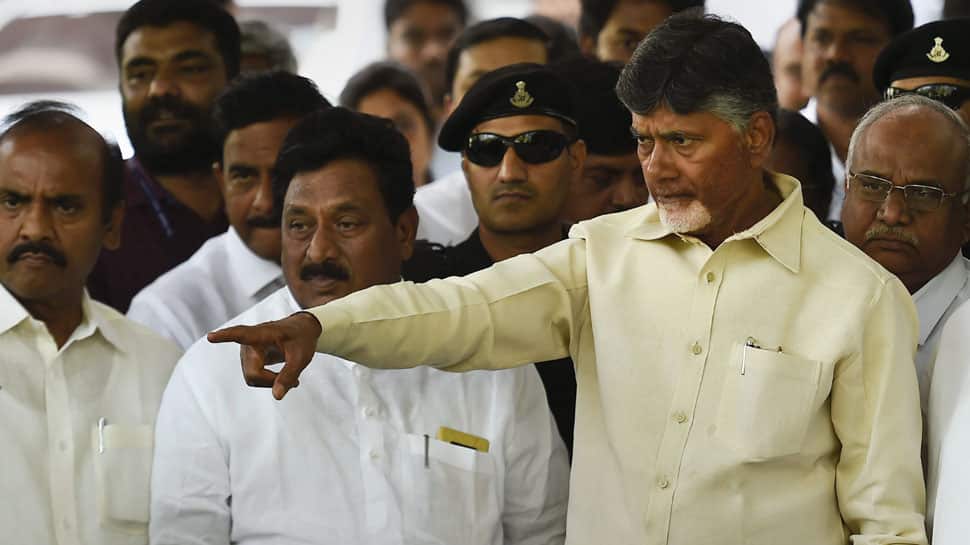 New Delhi: The N Chandrababu Naidu-led Telugu Desam Party (TDP) has responded to Election Commission's displeasure over the inclusion of Hari P Vemuru, an 'EVM theft accused', in the delegation which met the poll body to raise concerns over EVM malfunctioning in the state during the poll day, April 11.

Vemuru, as per the letter written to TDP by EC on Saturday, is involved in a criminal case regarding alleged theft of EVM machine in 2010, for which an FIR was filed.

"Would like to state that instead of focusing on the issue, the Commission is trying to avoid the situation," read TDP's response to EC, ANI reports.

"ECI is not willing to discuss with him stating reason of criminal case while on many occasions he attended sessions on EVMs," the letter added.

TDP responds to EC's letter expressing displeasure over Hari P Vemuru being part of AP CM's delegation that met EC to raise concerns over EVM&VVPAT,states "ECI is not willing to discuss with him stating reason of criminal case,while on many occasions he attended sessions on EVMs"

The Andhra Pradesh chief minister met Chief Election Commissioner Sunil Arora to submit a memorandum alleging that a large number of EVMs malfunctioned during polling and inadequate security led to incidents of violence.

In its letter, EC said that when Naidu visited, he was accompanied by Hari Prasad who repeatedly raised various technical issues regarding the functioning of EVMs and claimed that he had the technical expertise in the field. The letter stated that it was decided that Prasad would get a detailed briefing from the technical team of the EC.

"However, when this technical person came it turned out that he was Hari Prasad who was involved in a criminal case regarding alleged theft of EVM machine in 2010 which an FIR was filed... Whatever may be the eventual outcome of the investigation, it would be appreciated that such antecedents do not inspire confidence," read the letter from EC, addressed to the president of the party's legal cell, PTI reported.

"This is completely intriguing as to how a so-called technical expert with these antecedents was allowed to be part of the delegation led by N Chandrababu Naidu, Chief Minister of Andhra Pradesh and President, TDP," it added.