In Bihar, voting for the fifth phase of the Lok Sabha polls is being held today in Hajipur, Saran, Muzaffarpur, Sitamarhi and Madhubani. 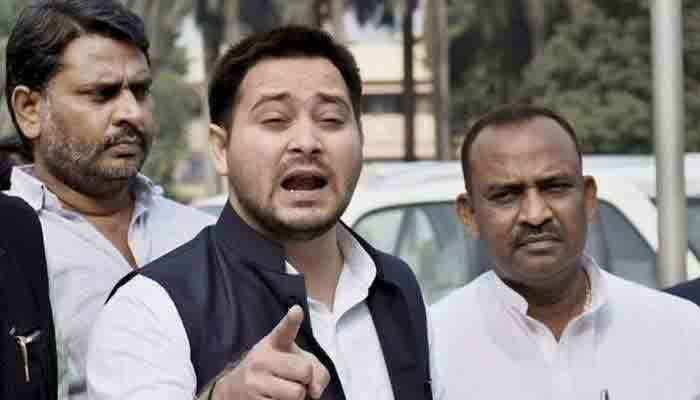 Talking to media here, Yadav said, "We have not expected Prime Minister Modi to stoop to such a low level and give such an atrocious statement against a former prime minister."

On May 4, attacking Congress president Rahul Gandhi during an election rally in Uttar Pradesh, PM Modi had said, "Your father was termed 'Mr Clean' by his courtiers, but his life ended as 'Bhrashtachari No 1' (Corrupt no. 1).

"The RJD leader also said, "The grand-alliance is winning everywhere in Bihar. After May 23 there will be a massive loss to Janta Dal (United) and the party's Nitish Kumar will have to resign. There will be tension between BJP and JDU after the Lok Sabha elections results are declared."

In Bihar, voting for the fifth phase of the Lok Sabha polls is being held today in Hajipur, Saran, Muzaffarpur, Sitamarhi and Madhubani.