In the short clip shared by Lalu Prasad Yadav, he can see lip-syncing Narendra Modi's achhe din slogan from one of the previous poll rallies held by the prime minister. 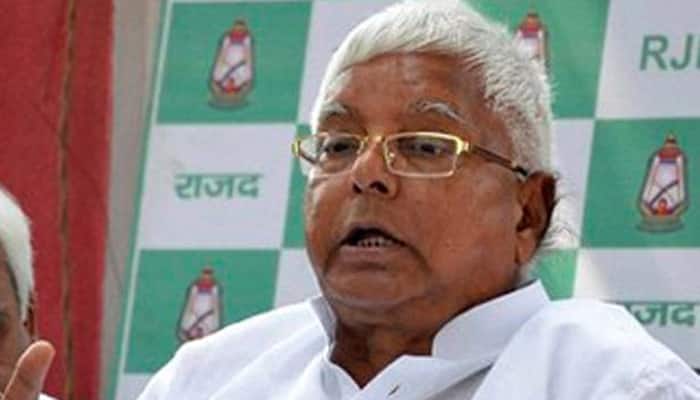 In the short clip shared by Lalu, he can see lip-syncing Narendra Modi's achhe din slogan from one of the previous poll rallies held by the prime minister. "Every Indian will get Rs 15-20 lakhs," says the RJD chief in the video. However, it is not clear where and when the video was shot.

The "achhe din aane waale hain" slogan was BJP's slogan during the 2014 general election. During that time, PM Modi while campaigning for the election, had promised to deposit Rs 15 lakh from to every citizen's bank account if voted to power. He was later criticised  by the opposition over the promise made and termed it "jumla."

Lalu is currently serving jail term in the multi-crore fodder scam in Ranchi. His bail petition has been rejected by the Supreme Court.

In a Facebook post shared earlier this week, Lalu urged the people of Bihar to chase off alleged "anti-reservation and anti-Constitution Narendra Modi."

"You would be aware of how PM Modi government tried to end reservation. How our Dalit sons like Rohith Vemula were forced to commit suicide due to harassment? How there were attempts to dilute the law regarding atrocities on Dalits and Scheduled Castes," read an excerpt from the RJD chief's Facebook post.

The election in 40 Lok Sabha seats in Bihar will be held in all the seven phases and the counting of votes will take place on May 23.