We responded to terrorists in their own language: PM Narendra Modi in Varanasi

PM Modi said that terrorists were frequently targeting `aastha` (faith) till 2014 but the then Congress-led government at the Centre was interested in only holding talks with Pakistan. 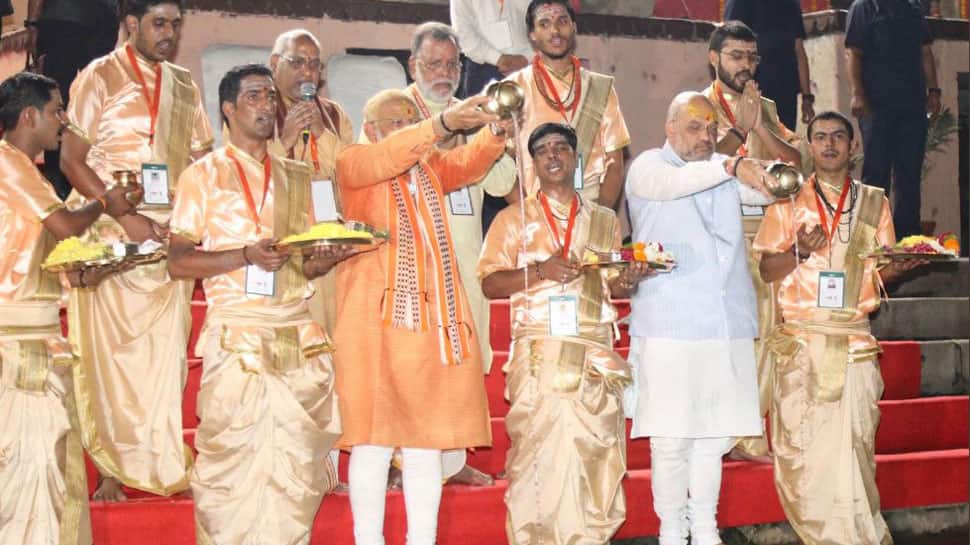 VARANASI: Prime Minister Narendra Modi on Thursday reiterated that his commitment was to "India first", saying that his government had given a response to terrorists "in their own language".

On the eve of filing his nomination papers from Varanasi parliamentary constituency, PM Modi said that terrorists were frequently targeting `aastha` (faith) till 2014 by carrying out attacks at religious places such as Varanasi's Sankat Mochan temple and Akshardham temple in Gujarat, but the then Congress-led government at the Centre was interested in only holding talks with Pakistan.

"But our style is different. In similar circumstances, we told them that the new India does not just talk and tolerate, but we respond to terrorists in their own language," he said, referring to the daring airstrikes carried out by Indian Air Force's fighter jets at Balakot in Pakistan after Jaish-e-Mohammad carried out the cowardly terror attack in Pulwama.

"Whether it is the Pulwama attack, Uri attack or any other issue, I have only one mantra with which I have lived - the country comes first, India first," he said. The prime minister made the statement while addressing a gathering in Varanasi.

The prime minister also talked about the February 14 terror attack on CRPF convoy which resulted in the martyrdom of 40 CRPF personnel and said that the Indian forces have managed to kill 42 terrorists since the ghastly attack. "The count could go up as we speak," he added. Referring to the Easter Sunday attacks in Sri Lankan capital Colombo, PM Modi asked what was the mistake of those who were present at churches to offer prayers.

Before arriving in Varanasi, PM Modi posted a tweet saying that his scheduled programmes in 'beloved Kashi' would give him an opportunity to interact with his "sisters and brothers" of the town. "After bumper rallies in Darbhanga and Banda, I am heading to beloved Kashi. There are a series of programmes lined up, which would give me another excellent opportunity to interact with my sisters and brothers of Kashi. Har Har Mahadev!" Modi tweeted. Thousands of supporters lined up on the streets of Varanasi to catch a glimpse of PM Modi.