In Uttar Pradesh, the coming together of SP, BSP and RLD had made it clear that BJP would lose seats in 2019 Lok Sabha election but the question was 'how many'. 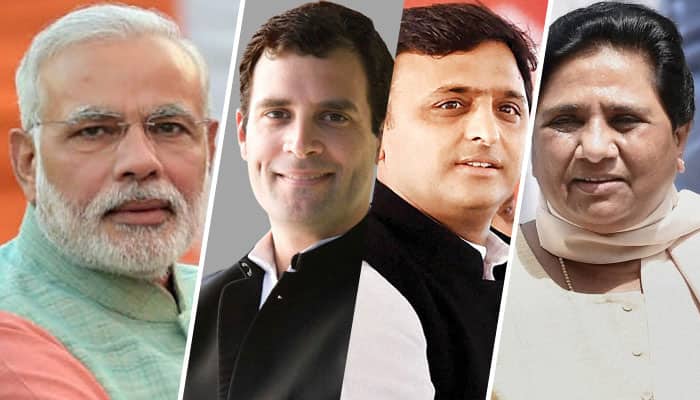 Exit poll results for Uttar Pradesh have thrown up confusing numbers with some pollsters showing that SP-BSP-RLD mahagathbandhan is in the lead, while some have predicted BJP much ahead of the alliance.

In Uttar Pradesh, the coming together of Samajwadi Party, Bahujan Samaj Party and Rashtriya Lok Dal had made it clear that BJP would lose seats in 2019 Lok Sabha election but the question was 'how many' and the confusion among pollsters show that this question is not an easy one to answer. The results of exit polls also show that though the BJP is not going to win 71 seats which it had won in 2014 but the formidable alliance of SP-BSP-RLD is also unlikely to sweep the state as was expected by many.

For most political experts and psephologists, the outcome of this election was based on solid caste combination of SP-BSP-RLD alliance as they had the support of Backward and Dalit castes in addition to the backing of Muslim voters too. The inclusion of RLD in the alliance added support of Jat community in Western Uttar Pradesh. Experts, however, repeatedly maintained that merely stitching an alliance would not change the fortune of SP, BSP and RLD as they need to transfer their vote banks to each other on the ground to get past the BJP. The exit polls in which the alliance is not getting good numbers send a clear message that SP and BSP have failed to transfer votes to each other successfully.

On the other hand, there was no Modi ‘wave’ for the BJP this time like it was in 2014  but the popularity of Prime Minister Narendra Modi was very much intact and the party did the smart thing by designing the whole election campaign keeping PM Modi in the centre. The BJP also tried to polarise the voters but harped more on issues like nationalism, development and the need of the strong leader like Modi. The predictions of some exit polls show that BJP's gameplan has worked and the party has managed to trump the formidable alliance of SP-BSP-RLD.

The Congress was always a marginal player in Uttar Pradesh and nearly all exit polls are giving two seats to the Congress and these two seats are expected to be of Amethi and Rae Bareli. The grand old party had won these two seats in 2014 too. By looking at the exit polls results, we can say that the entry of Priyanka Gandhi Vadra as General Secretary of Uttar Pradesh (East) has failed to work any magic for the Congress and it is quite likely that her entry has harmed SP-BSP-RLD alliance more than the BJP. Priyanka had recently said that in some seats of Uttar Pradesh Congress candidates would cut the votes of BJP candidates but the results of exit polls show that the Congress has also harmed the chances of SP-BSP-RLD alliance candidates in some seats by dividing the Muslim votes.