The UP CM sent his recommendation to the Governor and sought immediate removal of Rajbhar and his partymen who are holding the rank of minister of state. 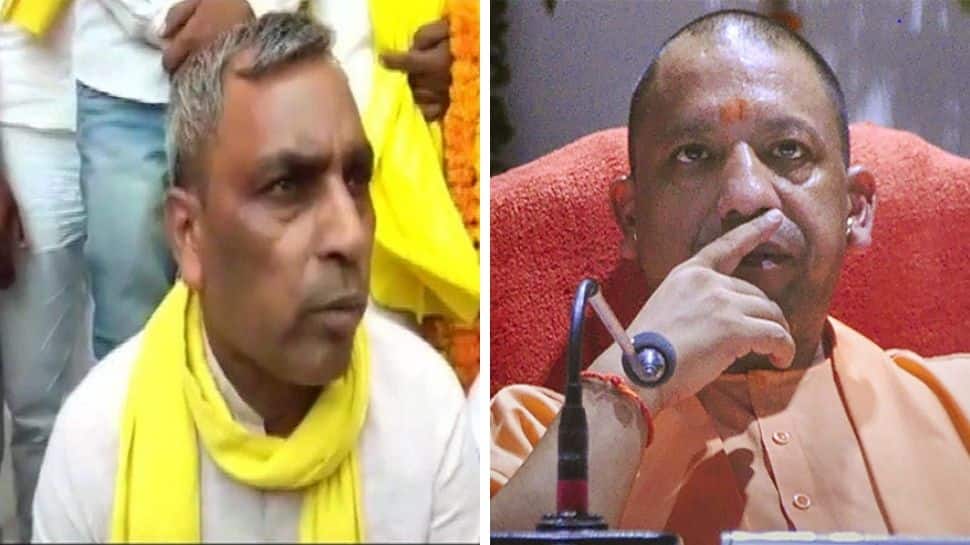 The UP CM on Monday sent his recommendation to the Governor and sought immediate removal of Rajbhar and his partymen who are holding the rank of minister of state. The UP governor has accepted CM's recommendation to sack the minister.

"CM has requested Governor to dismiss Suheldev Bhartiya Samaj Party chief OM Prakash Rajbhar from UP cabinet with immediate effect." Rajbhar, a minister for backward class welfare and 'divyangjan' empowerment, had earlier resigned from Cabinet but it wasn't accepted.

Suheldev Bhartiya Samaj Party (SBSP) chief Rajbhar had on Sunday said that the Samajwadi Party-Bahujan Samaj Party alliance which is fighting against the Bharatiya Janata Party (BJP) will get a massive victory in eastern Uttar Pradesh. "No party will get a majority in these elections. But the SP-BSP alliance will get a massive victory in Purvanchal (eastern Uttar Pradesh). Without our support the BJP will suffer losses in at least 30 seats in Purvanchal. It is losing Balia, Gorakhpur and Ghazipur seats," Rajbhar had said.

Rajbhar has considerable clout in eastern Uttar Pradesh. However, he and his party did not campaign for the saffron party in the 2019 Lok Sabha elections. "We are not with them now. We only asked for the Ghosi seat, which the BJP did not give us."

The SBSP chief, who has been playing spoiler to the BJP`s plans in Uttar Pradesh, had recently declared support for the Congress candidate in Mirzapur and SP-BSP-RLD alliance candidates in Maharajganj and Bansgaon.