This failed robbery was attempted in the government bungalow of Parvesh Soni, an executive engineer in the RES Department of Madhya Pradesh, located in the Adarsh Nageen Nagar.

BHOPAL: A failed robbery in Madhya Pradesh's Shajapur district has become a talking point these days. According to reports, a bunch of local thieves, who had barged into a government bungalow, left a note for its resident saying that he was such a miser that they got nothing from his house.

The note left by the thieves, who were utterly disappointed since they had to return empty-handed from the bungalow, read: "Bahut kanjoos hai rey tu, khidki todne ki mehnat bhi nahi mili, raat kharab ho gayi (You are a miser, I did not even get a reward for breaking in through the window, my night turned out to be bad)."

This failed robbery was attempted in the government bungalow of Parvesh Soni, an executive engineer in the RES Department of Madhya Pradesh, located in the Adarsh Nageen Nagar.

Soni, who works in the rural engineering department, was not present in his house at the time of the failed robbery. His house is close to that of a judge and a joint collector in Adarsh Nageen Nagar.

The note left by the thieves was found by Soni's servants on Thursday morning who then informed the police. 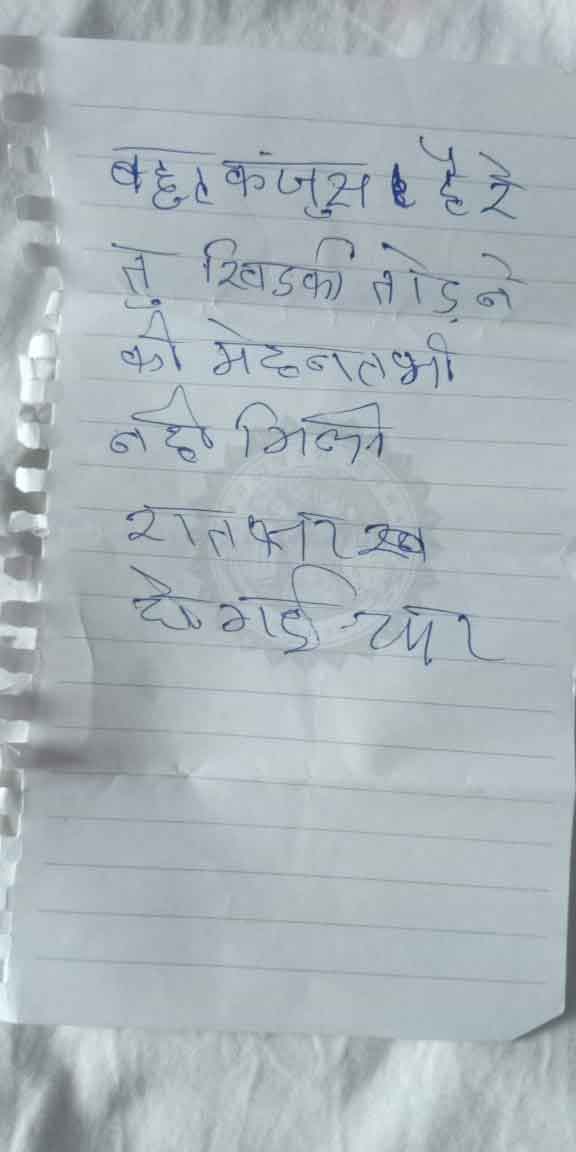 Upon reaching the crime scene, the police found that all the cupboards and closets had been forcefully opened. Clothes and other daily use items were left scattered around.

The house owner's dairy, which was on a small coffee table, was lying open on the page on which the note was left by the thieves.

Soni, who is currently out on assignment, is yet to return but a complaint has been filed on his behalf at Shajapur's Kotwali police station.

Shajapur SP Pankaj Shrivastav said the matter is under investigation.

''Police are scanning the surveillance camera footage to find clues. The note has been sent to a handwriting expert for scrutiny,'' he added.