Shiv Sena is expected to declare the remaining 53 candidates' names shortly. It is to be noted that the last day of filing nomination for the Maharashtra election is October 4. 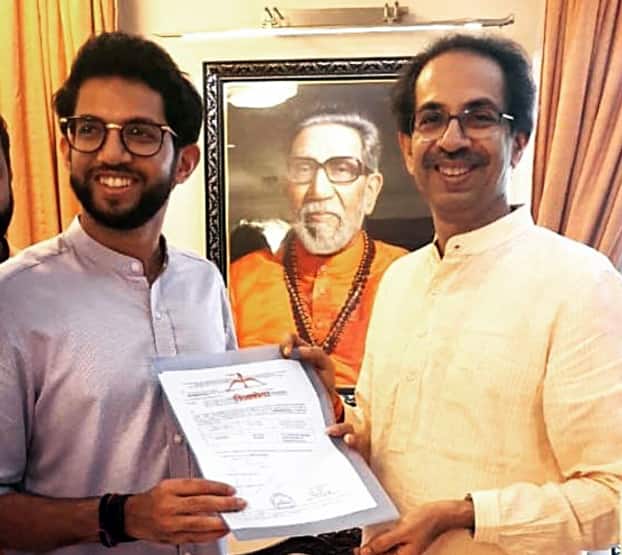 New Delhi: A day after formally announcing an alliance with BJP for the upcoming Maharashtra assembly election, the Shiv Sena on Tuesday released a list of 71 candidates who will be contesting the poll. According to the first list, Sena chief's Aditya Thackeray has been fielded from Worli assembly constituency, a party stronghold in south-central Mumbai.

The 29-year old grandson of Shiv Sena founder late Bal Thackeray, Aditya will be the first member from the Thackeray family to enter the electoral fray after Shalini Thackeray, the wife of Jeetendra Thackeray, a cousin of MNS founder Raj Thackeray, who had unsuccessfully contested the 2019 Lok Sabha elections.

Here's below is the first list of Shiv Sena for the upcoming Maharashtra election:

Shiv Sena is expected to declare the remaining 53 candidates' names shortly. It is to be noted that the last day to file nomination for the election is October 4.

Earlier today, Shiv Sena's ally in the state BJP released its first list of 125 candidates for the Maharashtra election. The party left 124 seats for the Sena and remaining others for smaller allies.

The 288-member Maharashtra Assembly will go to the polls on October 21, while the results will be declared on October 24.