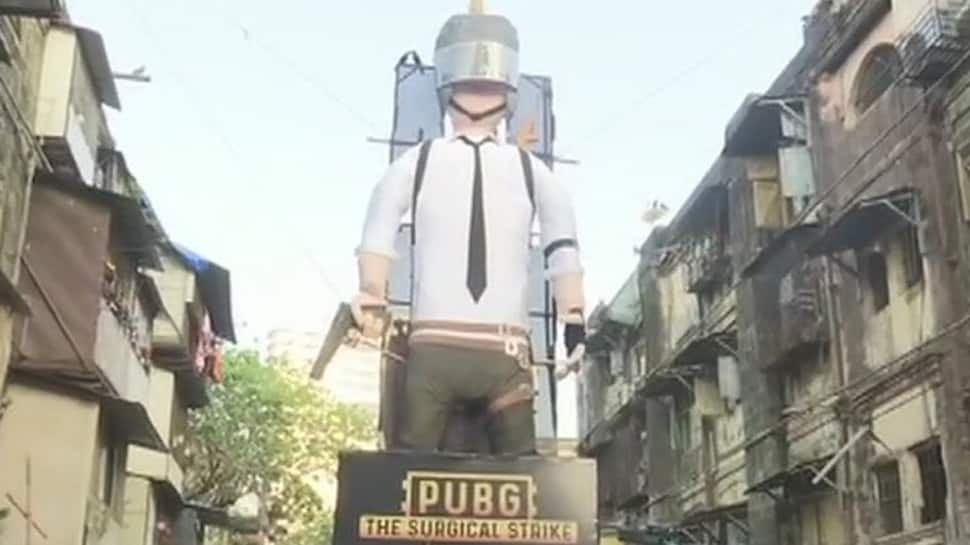 Mumbai, ANI: To create awareness about the negative impact of PUBG on gamers, Amar and Ashish Vitthal, twin brothers from Sion Koliwada, have built an effigy of the mobile game which they plan to burn today on the occasion of 'Holika Dahan'.

Speaking to ANI, Ashish said: "It (PUBG) must be banned. Parents tell us children play PUBG all day. They appreciate us for the concept."

Amar added, "People are turning violent by playing PUBG, children are not focussing on studies. So we came up with this concept. Earlier we had created awareness about noise pollution, demonetisation etc. We will burn this effigy during `Holika Dahan`. We want to spread a social message."

This comes over a month after an 18-year-old boy allegedly committed suicide by hanging himself after he had an argument with his family members over buying a new mobile phone for playing PUBG.
In February this year, Delhi Commission for Protection of Child Rights (DCPCR) had said popular online games such as PUBG, Fortnite, Grand Theft Auto, God of War, Hitman, Plague Inc and Pokemon negatively impact children.