The alert by Indian Meteorological Department for Mumbai said, “Intermittent rain/shower with very heavy falls at isolated places likely to occur in city and suburbs.” 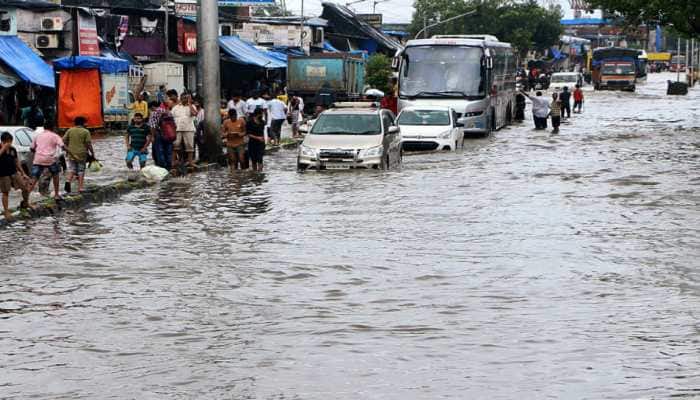 Mumbai continues to reel under incessant rainfall, with the weather department forecasting heavier shower in the city on Wednesday. Authorities like the Brihanmumbai Municipal Corporation (BMC) and the Mumbai Police have also issued warnings for Mumbaikars in the wake of the alert. Schools in the city have been asked to remain closed on Wednesday. Schools, where students have already arrived, were asked to ensure all precautions and also send children back to their homes carefully and safely.

The alert by Indian Meteorological Department for Mumbai said, “Intermittent rain/shower with very heavy falls at isolated places likely to occur in city and suburbs.”

Following the alert, the BMC took to microblogging site Twitter to warn people against venturing near the sea. The civic body also asked people to avoid areas that are waterlogged. Those stranded have been asked to call helpline number 1916.

“Heavy rainfall warning in the city by IMD. We request Mumbaikars to avoid venturing near the sea or walking in water logged areas. For any assistance do call 1916. Take care Mumbai,” read the tweet by the BMC.

The Mumbai Police also asked people in Mumbai to take “adequate precautions and ensure safety”. The tweet read, “Dear Mumbaikars, The IMD authorities have indicated high rainfall weather for Mumbai and other adjoining districts for the next 2 days. Please take adequate precautions and ensure safety. #Dial100 in case of an emergency. Take care Mumbai.”

It has been raining in Mumbai for the past 24 hours and waterlogging is being reported from low-lying areas like Sion, King Circle and Parel.

The weather forecasting agency has predicted that the maximum and minimum temperature is most likely to remain around 29 -degree Celcius and 24 -degree Celcius respectively.

Waterlogging was reported from multiple stretches in Mumbai on Tuesday. Vehicular traffic was paralysed and pedestrian movement was also disrupted due to waterlogged roads.

(With inputs from Nityanand Sharma and Ravi Tripathi)