How you keep balance while jogging

Do you know why a jogger does not feel dizzy or lose balance while a roller-coaster rider can find his or her head spinning with no control over the abrupt dips and swoops? The secret is hidden in the sensory hair cells in your inner ear. 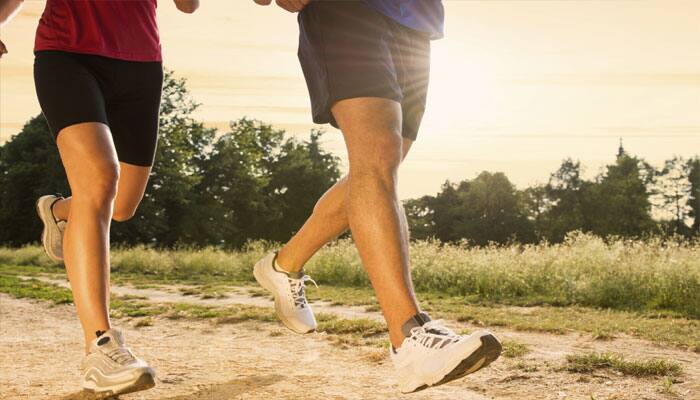 London: Do you know why a jogger does not feel dizzy or lose balance while a roller-coaster rider can find his or her head spinning with no control over the abrupt dips and swoops? The secret is hidden in the sensory hair cells in your inner ear.

The reason for the difference lies in the vestibular organ (VO) located in the inner ear, which controls balance and posture, researchers have reported.

The VO senses ongoing self-motion and ensures that, while running, the jogger unconsciously compensates for the accompanying changes in the orientation of the head.

The team from University of Bordeaux in France and Ludwig-Maximilians-University (LMU) of Munich in Germany revealed that cells in the spinal cord which generate the rhythmic patterns of neural and muscle activity required for locomotion also adaptively alter the sensitivity of the hair cells in the VO.

It enables them to respond appropriately to the broad range of incoming signal amplitudes.

"We are not really aware of what movement actually involves because our balance organs react immediately to alterations in posture and head position,” said neurobiologist Boris Chagnaud from LMU.

The hair cells, which detect the resulting changes in fluid flow in the semicircular canals in the inner ear, enable us to keep our balance without any conscious effort, he explained.

The capacity to adapt and respond appropriately to both slight and substantial displacements of the head in turn implies that the sensory hair cells in the inner ear can react to widely varying stimulus intensities.

The whole adaptation process is controlled by neurons in the spinal cord, which transmit signals to the VO via nerve cells just before the muscles carry out the next locomotory behaviour.

These signals thus notify the VO in advance about the temporal form of the impending movement.

The team now intends to study whether all the hair cells in the inner ear also respond to efferent information emanating from the spinal cord.

The results were reported in the online journal Nature Communications.