Scientists have invented a new way to deliver cancer drugs deep into tumour cells using gas bubbles, a finding which may solve some of the most pressing problems faced in chemotherapy. 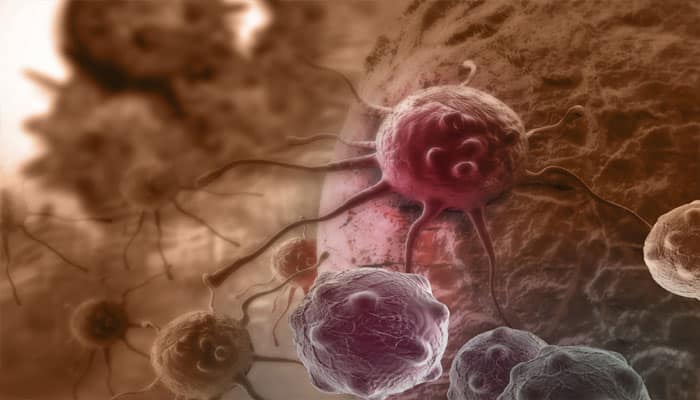 Singapore: Scientists have invented a new way to deliver cancer drugs deep into tumour cells using gas bubbles, a finding which may solve some of the most pressing problems faced in chemotherapy.

Researchers from Nanyang Technological University (NTU) in Singapore created micro-sized gas bubbles coated with cancer drug particles and iron oxide nanoparticles, and then used magnets to direct these bubbles to gather around a specific tumour.

Ultrasound was then used to vibrate the microbubbles, providing the energy to direct the drug particles into a targeted area. Microbubbles were then successfully tested in mice.

The new method may solve some of the most pressing problems faced in chemotherapy used to treat cancer, researchers said. The main issue is that current chemotherapy drugs are largely non-targeted. The drug particles flow in the bloodstream, damaging both healthy and cancerous cells.

Typically, these drugs are flushed away quickly in organs such as the lungs and liver, limiting their effectiveness.

The remaining drugs are also unable to penetrate deep into the core of the tumour, leaving some cancer cells alive, which could lead to a resurgence in tumour growth.

"The first unique characteristic of our microbubbles is that they are magnetic. After injecting them into the bloodstream, we are able to gather them around the tumour using magnets and ensure that they do not kill the healthy cells," said Xu Chenjie from NTU.

"More importantly, our invention is the first of its kind that allows drug particles to be directed deep into a tumour in a few milliseconds. They can penetrate a depth of 50 cell layers or more - which is about 200 micrometres, twice the width of a human hair," said Chenjie.

"This helps to ensure that the drugs can reach the cancer cells on the surface and also inside the core of the tumour," he said. "For anticancer drugs to achieve their best effectiveness, they need to penetrate into the tumour efficiently in order to reach the cystoplasm of all the cancer cells that are being targeted without affecting the normal cells," said Chia Sing Joo.

"Currently, these can be achieved by means of a direct injection into the tumour or by administering a large dosage of anticancer drugs, which can be painful, expensive, impractical and might have various side effects," said Joo.

"If successful, I envisage it can be a good alternative treatment in the future, one which is low cost and yet effective for the treatment of cancers involving solid tumours, as it might minimise the side effects of drugs," he said.

Ultrasound uses soundwaves with frequencies higher than those heard by the human ear. It is commonly used for medical imaging such as to get diagnostic images, researchers said.
The findings were published in the journal Asia Materials.